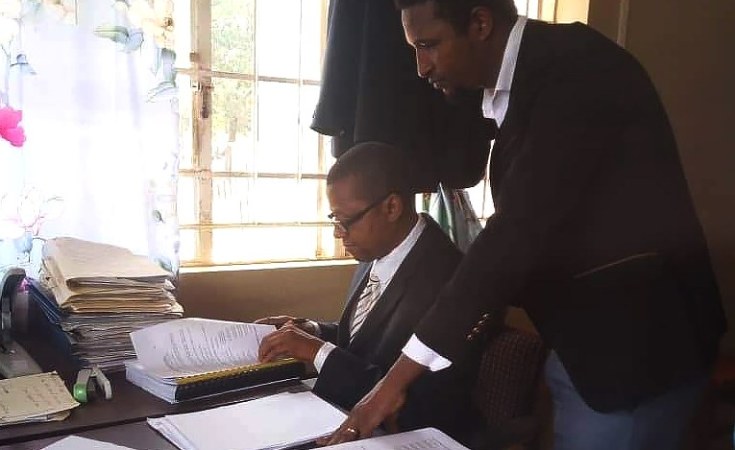 Network Movement for Justice & Development
"All you see is adversity, misery and exploitation," says Benedict Jalloh (seated) a lawyer representing the villagers who have suffered from mining activity.
International Consortium of Investigative Journalists (Washington, DC)
By Will Fitzgibbon

Lawyers hope the documents will force a foreign-owned company to compensate them for alleged pollution, forced removal, health complaints and human rights violations.

Families in one of Africa's poorest countries hope documents from the Panama Papers will force a foreign-owned company to compensate them for alleged pollution, forced removal, health complaints and human rights violations.

Villagers allege that Koidu Ltd. has been complicit in polluting air and well water, destroying crops and homes and provoking violence. Police have killed four villagers and injured others during anti-mine protests since operations began in 2007.

In witness statements obtained by the International Consortium of Investigative Journalists, details of the alleged suffering are outlined.

Twenty-six-year-old tailor Finda Soma recounts: "The suffering is so much for me and my family. There are cracks all over the wall of our house. There is continuous blasting and excessive noise pollution."

Another, Sia Janet Bayoth, a 44-year-old widow, recalls the devastation of a 2016 flood: "The water took over my house, everything was destroyed… Many of my pigs died and some were stolen."

Describing the alleged abuse as "glaring," Benedict Jalloh, one of nine lawyers representing the villagers, says, "All you see is adversity, misery and exploitation."

Jalloh and his colleagues' efforts have been stymied by a legal quirk that makes it difficult to identify the companies with legal responsibility for the mine.

In a common practice within the mining industry, the Sierra Leonean assets – which include cash and bank accounts that could be used to fund compensation in the case of a later ruling in the villagers' favor –  are instead owned by BSG Resources and Koidu Ltd.'s parent company, Octea.

Jalloh said Koidu Ltd. could claim that it has no assets in its name, adding, "the consequences are that even if you obtain a judgment, it will be a hollow judgment.

"The only way we can overcome that from the onset is to have the courts in Sierra Leone 'pierce the veil' and recognize Koidu Ltd. and all the Octea companies as one."

A lawsuit alleging that Octea avoided paying $684,000 in property taxes was dismissed in 2016 due to a legal technicality. Although Jalloh said that Octea's logo appears on trucks, vehicles and other assets across the Koidu diamond mine, a Sierra Leone judge ruled that Octea and Koidu were separate entities, thus Octea was not technically suable as the mine owner.

Jalloh is determined not to see a repeat.

" Talk to us!" the website exclaims. "Please let us know if you would like to know more about our Company and life at Koidu."

" It's what I would describe as corporate arrogance," said Jalloh.

Koidu Ltd., Octea Mining and BSG Resources did not respond to ICIJ's requests for comment. Calls by ICIJ to Koidu Ltd.'s phone number led to a newscast about British soccer.

Responding to questions as part of ICIJ's 2016 Panama Papers investigation, BSG Resources said "it uses offshore companies and related structures as part of its legitimate and fiscally responsible tax planning. When relevant disclosure of these arrangements is required by law or regulators it is always provided accordingly."

Last week's hearing in Sierra Leone was the first step in persuading judges to allow villagers to take legal action against Koidu Ltd., Octea and BSG Resources as one entity.

Jalloh believes that documents from the Panama Papers may be crucial.

" Those documents will show that they are one body, one single entity operating in Sierra Leone," Jalloh said. "And therefore we can bring an action against them."

In 2016, ICIJ reported on leaked documents from the Panama-headquartered law firm Mossack Fonseca that revealed Koidu Limited was owned through a chain of offshore companies in the British Virgin Islands, Guernsey and Liechtenstein. At the top of the chain was Benjamin Steinmetz's family foundation.

That same year, Israeli authorities arrested Steinmetz on charges that his company bribed officials in Guinea, which borders Sierra Leone, for rights to a valuable iron mine. Steinmetz denied wrongdoing and was released. Guinea has since dropped its charges.

One internal note written by Mossack Fonseca, for example, states that Octea Ltd. was the "SOLE SHAREHOLDER OF KOIDU HOLDINGS SA, WHICH IN TURN OWNS AND OPERATES A DIAMOND MINE IN SIERRA LEONE." Notes by Octea Services Ltd. state that companies within the group, including, Octea Mining Ltd., Octea Ltd., Octea Diamonds Ltd.,Koidu Ltd. and other companies, shared the same director.

Experts said that documents, emails and financial records are potentially important indicators with which a court could recognize the indivisibility of BSG Resources, Octea group companies and operations in Sierra Leone.

The Panama Papers also includes a letter from BSG Resources, dated Feb. 6, 2015, that lists seven bank accounts in Sierra Leone described as being "held by the Octea group of companies."

Other emails reveal that employees from the finance department of Koidu Ltd. in Sierra Leone discussed wire transfers and invoices paid on behalf of Koidu.

Jacqueline Lainez Flanagan, Visiting Associate Professor at American University, Washington College of Law, said that legal systems hesitate to disregard the legal protections granted under corporate law to individual companies and their shareholders for the actions of related companies or subsidiaries.

But it can be done, said Lainez Flanagan. "In general, what you're looking for is a strong connection to the parent company to prove significant enough control in the jurisdiction in which the related company is operating."

Without direct evidence, Lainez Flanagan said, emails, documents and other circumstantial evidence could be important.

In another email, a Sierra Leone employee asked an employee at BSG Resources' office in Europe to confirm that a payment was made on behalf of Koidu Ltd.

In addition, minutes from a meeting held by BSG Resources Ltd. in 2013 discussed a $120 million loan granted to Octea Ltd. "for the purposes of developing and expanding the diamond mine in Sierra Leone owned by Koidu Limited."

In other email, bankers at Standard Chartered in London apologize to Octea group's finance manager for sending documents for Octea Ltd. to the company's address in the British Virgin Islands instead of sending it to "the operational/Koidu's address."

" Any time a corporate entity tries to use subsidiaries or holding companies to essentially say 'We had nothing to do with this,' then evidence to the contrary can be helpful if you're trying to show a level of control," said Lainez Flanagan.

Sierra Leone's High Court will decide on Wednesday whether to recognize the request to treat as one Koidu Ltd., the Octea group of companies and BSG Resources. If successful, Jalloh and his team will then sue the companies over alleged human rights abuses.

" We want the judiciary to demonstrate that they have the nerve to deliver justice to the people," Jalloh said.

" It's an issue of accountability for people who deserve to be treated well when their natural resources are being exploited," said Jalloh. "We consider ourselves soldiers for justice."

This report - including embedded documents, diagrams and other images - can be found on the ICIJ website.

Will Fitzgibbon is a senior reporter for the  International Consortium of Investigative Journalists. He is also ICIJ's Africa and Middle East partnership coordinator.

Previous Story
Next Story
Mining Firm Fights Transparency On One Continent, Pays $22m Settlement On Another

Mining Firm Fights Transparency On One Continent, Pays $22m Settlement On Another 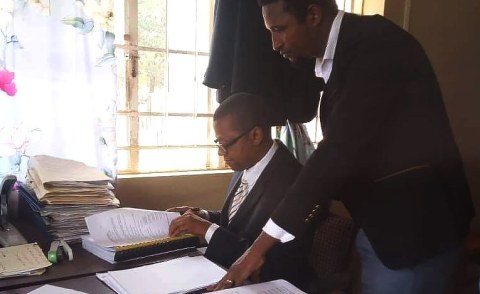 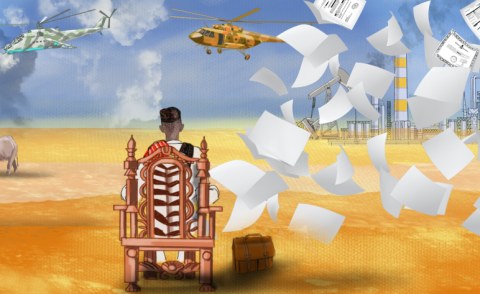 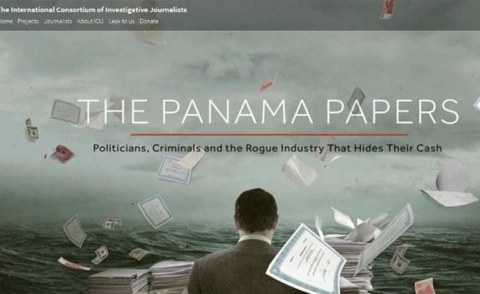 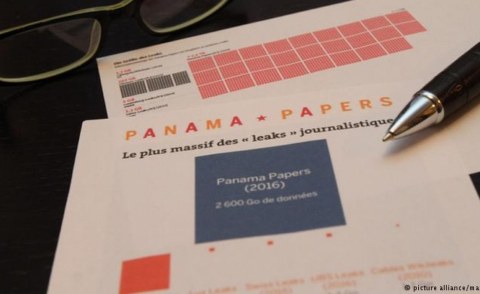 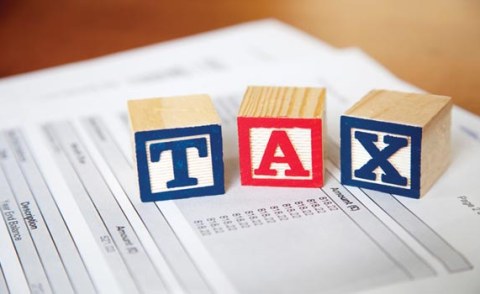 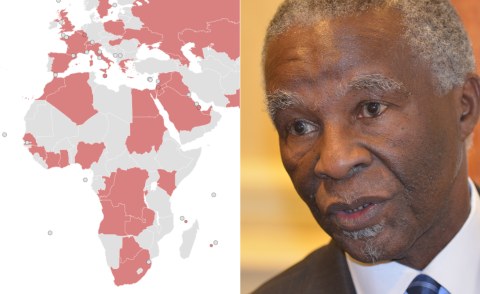 African Media Shines in Award-Winning Panama Papers Expose
Tagged:
Copyright © 2019 International Consortium of Investigative Journalists. All rights reserved. Distributed by AllAfrica Global Media (allAfrica.com). To contact the copyright holder directly for corrections — or for permission to republish or make other authorized use of this material, click here.