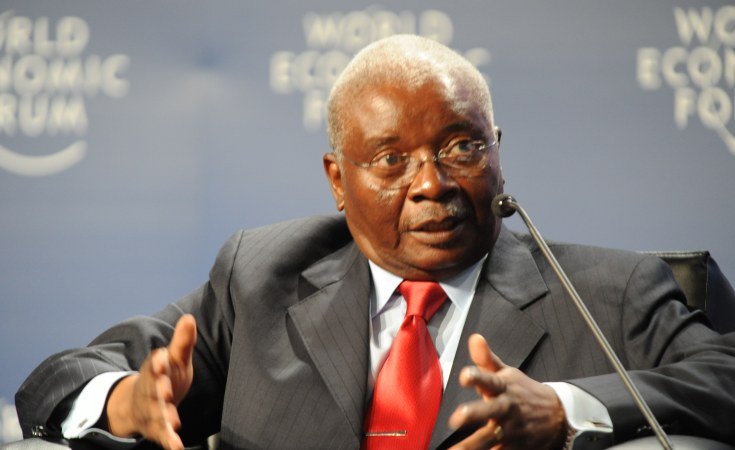 The US secret debt indictment was unsealed on 7 March. The previously redacted sections name the two other Mozambicans charged - Teofilo Nhangumele and Antonio do Rosario - and point directly to former President Armando Guebuza. The indictment says Nhangumle was "acting in an official capacity for and on behalf of the Office of the President of Mozambique", then Armando Guebuza.

The three companies which officially took the loans, Mam, Proindicus and Ematum, are owned by the security services SISE and Rosario was the SISE official who headed the three companies. The other indictment revealed was of Najib Allam, Chief Financial Officer of Privinvest. The full indictment is available on bit.ly/ChangIndic

$150 mn in bribes to Mozambicans

The indictment "alleges a brazen international criminal scheme in which corrupt Mozambique government officials, corporate executives, and investment bankers stole approximately $200 million in loan proceeds that were meant to benefit the people of Mozambique,” said Assistant Attorney General Benczkowski on 7 March. Of that, $150 mn went to Mozambican officials and $50 mn to the three Credit Suisse staff. US Justice Department statements on the indictment are on http://bit.ly/2F3cIK0 and http://bit.ly/2F53c9f

Although the alleged crimes were committed in Britain, by the Credit Suisse office in London, it was made clear at a meeting of the UK House of Commons Treasury Select Committee on 15 January that the UK is letting the US take the lead on this. Andrew Bailey, chief executive of the Financial Conduct Authority (FCA), told the committee that the FCA is not taking action as it can only deal with money laundering, and not bribery & fraud. The National Crime Agency and Serious Fraud Office are responsible, but do not seem interested and are happy for the US to prosecute. The FCA could take regulatory action against Credit Suisse, but has downgraded its investigation.

Fighting extradition to the US

Mozambique and the US continue to fight over who will get Manuel Chang. He was arrested 29 December in Johannesburg based on a US extradition warrant but on 4 March Mozambique submitted an arrest warrant which it says should take precedence. At the session last Thursday, 7 March, the judge decided that the US request would be heard first, yesterday, 11 March. At yesterday's session, Chang's lawyers argued that under a SADC protocol the case was "political" and the Justice Minister must decide which request is considered first. The Minister must decide by tomorrow, and the next hearing on extradition will be Monday 18 March.

It was widely reported two weeks ago that it had already been decided at political level that Chang would be returned to Mozambique. But the US today raised the ante. US Assistant Secretary of State Tibor Nagy in a phone briefing to journalists said he expected Pretoria to honour the extradition accord and hand over Chang. “We have an extradition treaty with South Africa, we are very much expecting (extradition) will happen.”

At the session last week, the Mozambican Budget Monitoring Forum asked the court to be allowed to submit a brief as a "friend of the court", but this was rejected.

The three Credit Suisse bankers charged by the US - Andrew Pearse (who organised the loans and is alleged to have received $45 mn in bribes), Surjan Singh, and Detelina Subeva - were arrested in London and given bail. At their extradition hearing on 8 March they opposed extradition on the grounds that the majority of the alleged criminality took place in the UK. The secret loans were organised at the Credit Suisse branch in London. (Financial Times, 8 Mar)

The value of the $722 mn Ematum bonds has dropped this year, to 85 cents on the dollar from 93 cents at the beginning of 2019. The value had jumped last year after the government offered an unexpectedly good restructuring deal, but the restructuring has stalled. (Bloomberg 6 March)

A dozen Mozambicans have now been arrested in the secret debt case, of whom only one has been given bail. The first arrested must be charged by 26 March. The most recent arrests were of Angela Leao, wife of former SISE director-general Gregorio Leao, and Fabiao Salvador Mabunda. Mabunda's construction company M.Mocambique Construcoes is accused of receiving millions of dollars from Privinvest which was then used to buy property and make other payments for Angela Leao. This includes $1 mn to buy a flat from another of the accused, Sidonio Sitoe. Mozambican prosecutors suspect that the true owner of M.Mocambique Construcoes is Angela Leao (Carta de Mocambique, AIM En 6 Mar)

U.S. Demands That Former Mozambique Minister Be Sent to New York
Tagged:
Copyright © 2019 Mozambique News Reports And Clippings. All rights reserved. Distributed by AllAfrica Global Media (allAfrica.com). To contact the copyright holder directly for corrections — or for permission to republish or make other authorized use of this material, click here.