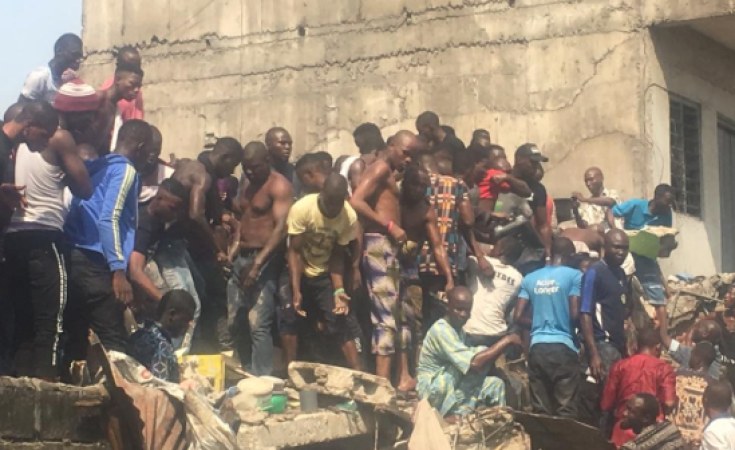 Tragedy struck, some minutes ago, at Itafaji, Lagos Island, as a three-storey building housing a school collapsed, with pupils feared killed and over 100 trapped.

As at the time of filing this report, many students are being rushed to the General Hospital, Marina, while parents are trooping there to search for their children.

A top police source , who wanted anonymity, told The Guardian that five pupils have died. A resident of the area, Abdulaziz Elegushi, who claimed he witnessed the collapse, said that rescue workers brought four pupils out of the rubbles dead.

Elegushi said the Lagos State Government had earmarked the building for demolition since 2018. But the occupants refused to vacate the building.

"Last year, the government gave them a quit notice that the building was going to be demolished," the witness told The Guardian.

Rescue Efforts Continue After Lagos Building Collapse
Tagged:
Copyright © 2019 The Guardian. All rights reserved. Distributed by AllAfrica Global Media (allAfrica.com). To contact the copyright holder directly for corrections — or for permission to republish or make other authorized use of this material, click here.