Africa: High Cost of Having China As Africa's Partner of Choice 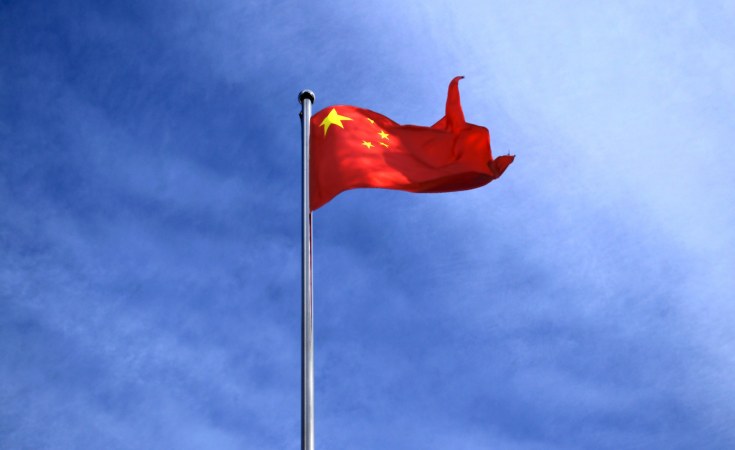 Africa's history is laced with decades of colonial exploitation, which together with developmental assistance programmes such as the International Monetary Fund's structural adjustment initiatives of the 1980s and 1990s, has had debilitating consequences.

Fast-forward to the early 2000s and China's strategic interests in Africa become more pronounced. The Asian superpower is in search of resources like oil, gas and metals to meet its energy imports and construction demand, and to sustain its manufacturing industry. More recently, China has branched into non-resource investments like building infrastructure through the Road and Belt Initiative.

African leaders have embraced economic engagement with China, which is perceived as a welcome alternative to the continent's long-standing Euro-American ties that often came with demanding conditions. Africa's relationship with China has offered significant benefits, particularly in bridging the continent's infrastructure deficit.

Owing to the 'no conditionality' policy, many African countries have turned to China as the partner of choice. However the relationship is increasingly showing some characteristics evident during colonialism, raising questions about the true cost of the benefits Africa is getting from China. Only as recently as 2015 did China start visibly focusing on the commercial and viability aspects of their investments.

The Africa-China cost-benefit conundrum partly lies in the terms for collateral on loans. China has effectively mastered the intricacies of long-term collateralisation of assets and resources. It takes the form of a barter system: in return for investment capital and infrastructure, some countries grant China resource concessions, allow it to take an ownership stake in the infrastructure projects, or secure loans against their natural resources and assets as collateral.

The number of African countries indebted to China and subsequently handing over their assets or resources are in no short supply. Zambia, Angola, the Democratic Republic of the Congo (DRC), Mozambique, Ethiopia, Sudan, Kenya and Djibouti are just some.

In Zambia, reports indicate that China is already in control of the country's broadcasting company, and the state is preparing to offer its national electricity company to China as security against a loan. China has proposed taking over the Kenneth Kaunda airport in Lusaka if Zambia cannot meet its loan repayment commitments.

The extent of Zambia's debt is unclear, and without exact figures, public conversation has been fuelled by fear. China also has direct equity interests in copper, coal and manganese reserves. Similarly, Madagascar pledged a huge portion of its land as collateral for loans.

In the DRC, in return for the US$9 billion loan to upgrade road and rail systems that connect routes to extractive industries, China gained rights to extract up to 10 million tons of copper and 420 000 tons of cobalt over 15 years.

In Djibouti, by the end of 2016, 82% of external debt was owed to China and the country handed over control of its port which sits in a strategic location that acts as a main access point for American, French, Italian and Japanese bases in the country. China might get a 99-year lease with a 70% stake.

The Lamu port in Kenya could also be under threat. Kenya is expected to default on its loan repayment terms and be forced to hand over the adjoining towns and the biggest port in East Africa to China for 99 years. China could also take over some of the country's mineral assets if Kenya defaults on payments for the acclaimed standard gauge railway from Mombasa to Nairobi.

Most of the projects undertaken by China are capital-intensive ventures like ports, railway lines, roads and even airports. Rarely does it invest in more basic amenities like sanitation programmes. China then reclaims and runs the assets for profit when countries default.

The loans are big and the terms leave sub-Saharan Africa with little revenue of their own from commodity production while increasing their debt levels. Multilateral organisations like the African Development Bank, the World Bank and last-resort lenders like the IMF generally give loans at lower-than-market rates.

However the China Africa Research Initiative, which tracks Chinese financing, indicates that the sources of loans range from China's ministry of commerce to policy banks like the Export-Import Bank of China, private/commercial banks and state-owned enterprises. Some of these loans have terms comparable to the normal commercial market rates.

The World Bank classifies 18 sub-Saharan countries as being in high risk of debt distress, i.e. having debt-GDP ratio above 50%. Currently, 20% of Africa's external debt is owed to China, making it the largest single creditor nation.

China has established a clear footprint in sub-Saharan Africa and continues to make inroads among countries with relatively weak governance structures and a lack of transparency and accountability. There is nothing inherently wrong about Africa engaging with China. Every country acts in their best interests. China has just become more efficient in exploiting the continent than the West.

Every country should do its due diligence when entering into a loan agreement with any entity. The feasibility of projects needs to be assessed, and the best possible terms for loans negotiated. States must ensure funds are used efficiently and for the projects they were intended.

If a loan cannot guarantee return on investment, it is probably not wise to take it in the first place. It is on this score that Africa's political leaders are failing the continent by allowing the continued plunder of its assets and resources.