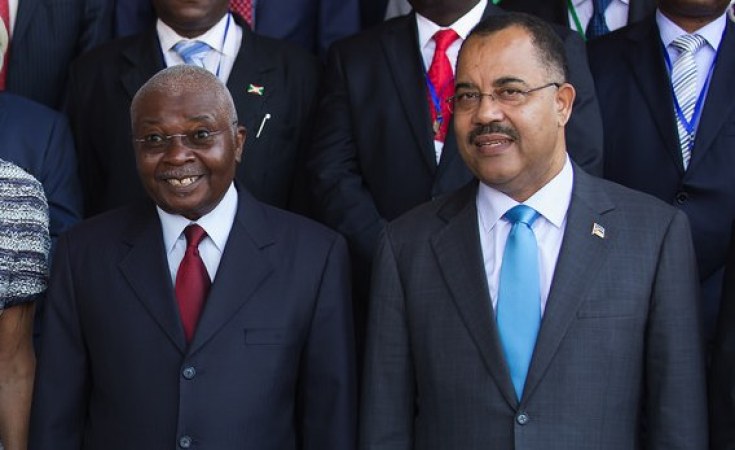 Maputo — The United States administration made clear on Tuesday that it expects the South African authorities to extradite former Mozambican Finance Minister Manuel Chang so that he can stand trial in New York on charges of conspiracy to commit money laundering, wire fraud and securities fraud.

In a phone briefing with South African journalists, the US Assistant Secretary of State, Tibor Nagy, said the US expects South Africa to honour the extradition agreement it signed in September 1999.

"We have an extradition treaty with South Africa, we are very much expecting (extradition) will happen," Nagy told the journalists.

Chang was detained, on the basis of a US warrant, at Johannesburg's OR Tambo International Airport on 29 December, as he was on his way to Dubai. The matter became more complex when the Mozambican Attorney-General's Office (PGR) also submitted an extradition request.

There is no extradition treaty between South Africa and Mozambique, and so the Mozambican request is based on the SADC (Southern African Development Community) protocol on extradition.

The current dispute at the Kempton Park Magistrates' Court in Johannesburg is over which of the two extradition requests should be heard first. Chang's defence team argued successfully that this decision should be taken, not by the court, but by the South African Justice Minister. A decision by the Minister is expected on Wednesday.

In February, South African Foreign Minister Lindiwe Sisulu declared that Chang would be handed to Maputo as it would be "the easiest thing for everybody".

"We're sending him to Mozambique to be tried," Sisulu said, in an interview with the "Daily Maverick".

But Sisulu was speaking out of turn, since the case has nothing to do with her Ministry.

The charges against Chang arise from his role in signing illicit government guarantees for loans of over two billion US dollars obtained by three fraudulent companies linked to the Mozambican intelligence service - Proindicus, Ematum (Mozambique Tuna Company) and MAM (Mozambique Asset Management). The loans came from the banks Credit Suisse and VTB of Russia, which would never have lent such sums to previously unheard-of companies without the guarantees given by Chang.

The US investigation has spanned three continents, and has also led to the arrests of Jean Boustani, a senior figure in the Abu Dhabi based Privinvest group, which played a key role in arranging the fraudulent loans, and three former Credit Suisse managers, Andrew Pearce, Surjan Singh and Detelvina Subeva. The latter are currently in London and are fighting extradition to the US.

Former Mozambican Minister Chang Could be Extradited to the U.S.
Tagged:
Copyright © 2019 Agencia de Informacao de Mocambique. All rights reserved. Distributed by AllAfrica Global Media (allAfrica.com). To contact the copyright holder directly for corrections — or for permission to republish or make other authorized use of this material, click here.