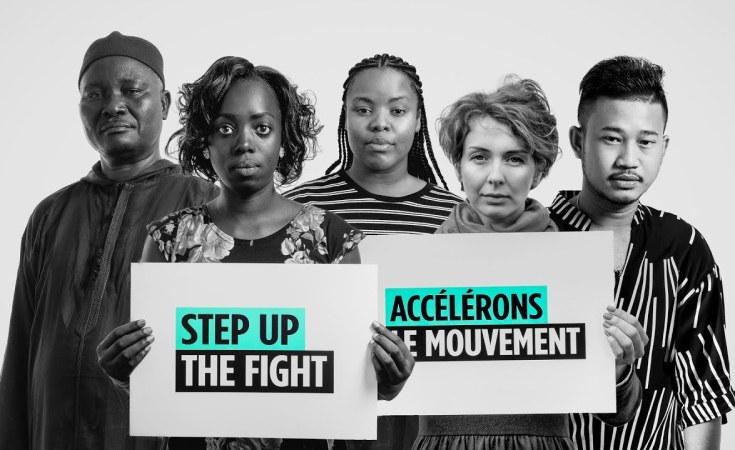 Abuja — The United States Centre for Disease Control (US-CDC) has declared that no fewer than 18 people die in Nigeria every hour as a result of Tuberculosis, thereby ranking Nigeria the first in Africa and the sixth globally with nine per cent rate, after India and Indonesia, which are at 26 and 11 per cent rate, respectively.

In order to stem the tide in the spread of tuberculosis, US -CDC has disclosed that Nigeria needs N147 billion, as this will take care of Multi Drug Resistant- TB and diagnosis, among others.

This is coming as the Minister of Health, Professor Isaac Adewole said Thursday that HIV/AIDS remained a threat in spite of huge financial commitments made by government for the eradication of the disease, adding that 1.9 million Nigerians are living with the disease.

US-CDC representative in Nigeria, Dr. Bethrand Odume released the statistics yesterday in Abuja at the pre-World TB Day press briefing with the theme "It's time!" and slogan "To end TB in Nigeria (keep the promise! Find TB! Treat TB)".

Odume said the estimated cost was expected to be raised by the government, communities, private sector, international donors and individuals.

Noting that more funding was needed in the health sector, he lamented that most of the funding for the disease comes from foreign donors, adding that it was unacceptable and should be discouraged.

He said: "To control TB in Nigeria, the sum of N147 billion has been estimated. N35 billon of that amount which is about 24 per cent has been met. To be very sincere, over time, there has been an increase in funding within the national TB programme and government has actually come up to rise to its responsibilities but the gap of 75 per cent still remains.

"We are looking at how to come about filling this gap. For this approach, the government must be there. One missing gap in Nigeria is that the private sector is not really coming up and that is where the Stop TB partnership in Nigeria comes in," he said

In the same vein, the National Coordinator, National Tuberculosis and Leprosy Control Programme (NTBLCP), Dr. Lovett Lawanson, in his speech, said the increasing pool of drug-resistant TB in the country continues to be a major threat to the control of the disease.

Lawanson, who was represented by senior programme officer, NTBLCP, Mr. Emperor Ubochioma, lamented that the proportion of missing TB cases among children was more worrisome, as the country was only able to uncover seven per cent of the estimated childhood TB cases in 2017.

"This implies that a large number of TB cases are still undetected and missing, thereby constituting a pool for continuous transmission to the disease in the community. The missing TB cases in Nigeria can be found among men, women and children with different forms of TB, including drug resistant TB. The proportion of missing TB cases among children is more worrisome, as the country was only able to notify seven per cent," he added.

Meanwhile, the Minister of Health, Professor Isaac Adewole said yesterday that HIV/AIDS remained a threat in spite of huge financial commitments made by government for the eradication of the disease.

Speaking at the presentation of the Nigeria AIDS Indicator and Impact Survey (NAIIS), in Abuja, the minister said the disease was a significant health crisis that required high level political commitment.

"Nigeria is the most populous country in Africa with an estimated 2018 population of 192 million and a Total Fertility Rate (TFR) of 5.5 per cent.

"Our annual growth rate was estimated to be 2.6 per cent in 2018. Based on the 2014 HIV Sentinel (ANC) Survey, the HIV prevalence for Nigeria was three per cent which makes our country the one with the second highest burden of HIV/AIDS in the world after South Africa.

"This represents about 3 million people living with HIV. HIV, therefore, remains a persistent threat to the health of our people, straining the already weak health care system and compromising past developmental gains, especially in the areas of maternal and under-five mortality",

"HIV/AIDS remains a significant public health crisis that is being confronted by the world today particularly in the African continent. The disease is further complicated by socioeconomic and cultural factors as well as the weak health system.

NAIIS, he said, was planned and implemented by the Federal Ministry of Health in collaboration with NACA, PEPFAR/US CDC and Global Fund.

In his remarks, the Director-General of the National Agency for the Control of AIDS (NACA), Sani Aliyu, said the HIV/AIDs Indicator and Impact Survey (NAIIS) indicateed that about 1.9 million Nigerians are presently living with the disease.

He said the South-south zone of the country has the highest HIV prevalence, at 3.1 per cent among those aged 15-49 years. HIV prevalence among the same age group in the North-central zone is two per cent, and in the South-east zone (1.9 per cent).

Aliyu said it was important for all people living with HIV to get treatment and achieve viral suppression. He said the government and its partners would support people who are HIV-positive, "to provide treatment, to protect their families and to help people live long and healthy lives."

Previous Story
New, Shorter Treatment to Prevent TB to be Rolled out in Five High-Burden TB Countries
Next Story

New, Shorter Treatment to Prevent TB to be Rolled out in Five High-Burden TB Countries

Rwandan Researchers Solve Math Around TB Treatment
Tagged:
Copyright © 2019 This Day. All rights reserved. Distributed by AllAfrica Global Media (allAfrica.com). To contact the copyright holder directly for corrections — or for permission to republish or make other authorized use of this material, click here.