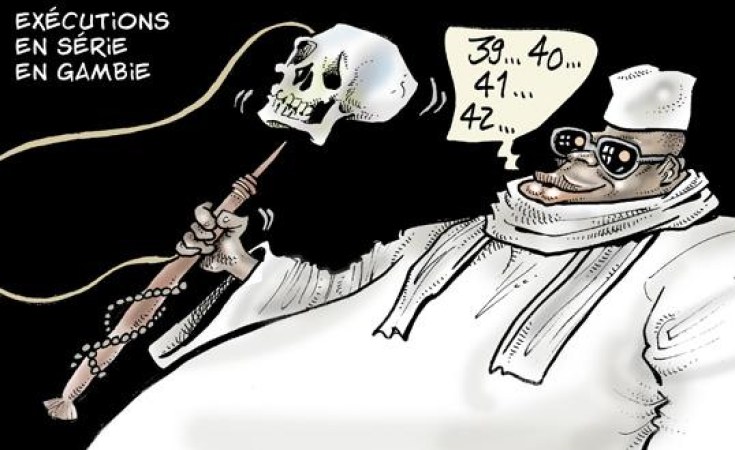 Gambian nurse, Georgiana Kosso Taylor, currently living in California in United States has detailed the assault incident that happened between military men and herself to the Truth Commission (TRRC).

She testified while shedding tears for a moment.

Kosso, as she is commonly known, was born in a small village in Upper River Region. At age 8 to 10, she went on holidays with her parents (who were traders) to Sierra Leone in Freetown where she did her elementary and secondary education, residing with her aunt. Upon completion, he returned to The Gambia and applied to be a nurse at the RVTH now EFSTH serving the hospital for almost a decade.

After her contract elapsed at the hospital she ventured into little business until 1980s when she joined the Progressive People's Party (PPP) and later became nominated as a Councilor for Banjul by Landing Jallow Sonko, a minister at that time. She was the treasurer of the National Executive Committee of the PPP Women's Wing. She said 22nd July 1994 met her at home where she heard the news that there was a coup.

Speaking via Skype before the TRRC, Kosso recalled the day of her arrest on Thursday 12 October 1995 as she was going to Afri Airline to purchase a ticket to go to Freetown but couldn't locate the place and while she was walking along Kairaba Avenue, she met a security officer named Sainey Manneh who asked her whether she was there for demonstration.

Suddenly she saw a car braked in front of her and they asked her to enter into the transport but they pushed her instead and took her to Fajara Police Station behind the counter. "I met few people packed there," she said. In her bag was a passport and money worth D1800. She was the only woman there.

According to her, they were detained until at night then transported to Fajara Barracks by a big truck. When they got at the barracks, she said they took them to a storage facility on a Thursday night. They were without water and food, and she sat on the dirty floor. About 30 or more of them were detained at the barracks, according to Kosso and she met PPP's Omar Jallow, MC Cham, Batch Samba Jallow, Jobarteh Manneh, etc there.

Kosso said she was scared to be in the midst of a room full of men. "I was scared because the military were with guns," she added. On Friday, she said they woke up without water to wash their faces neither food to eat, nor water to drink with the same clothes. When she wanted to pee, the military man escorted her.

On Saturday morning, she narrated that they were praying to be released but eventually three trucks came in and military officers alighted and told them that they were going to kill all of them.

Kosso said they asked all men to lie down while half naked at the top and soldiers marched on their backs, kicking them and others beating them with rifle butt. Some of the arrestees sustained injuries at their backs by the soldiers' trampling with their military boots and beating them using hose-pipe.

Later she recalled that some military officers were talking to Jobarteh Manneh and suddenly one of them fired his gun, thus, she shouted "Oh he don kill am".

"The moment I used that word, I think eight of them just rushed at me. The first one kick me with his feet then I fell down," she said and tears suddenly started cascading down her cheeks. A brake of less than 10 minutes ensued as the witness was being soothed at the other end in US.

Upon resumption, Kosso said the soldier kicked in her private area with his boot and there was blood all over the place.

They were trying to remove my "grand-buba" (a traditional Wolof clothes) because I was wearing white," she explained and said they didn't succeed in her rapper because it was strong-tied.

On Sunday morning with the same clothes they were wearing, NIA and CID officers arrived at the barracks and took their statements, then later took her to the CID office in Banjul around 7pm to 8pm.

Kosso said she sustained injuries while in detention but she was strong that's why she managed her situation. She was bleeding till the following day. At the CID, she said, she explained everything to them. And they accused her of being part of a group who planned to embark on a demonstration.

She met one Mama Jawara and Adama Ceesay at the CID who were tortured as well for the same allegation. Kosso recalled that they were later arraigned at Kanifing Magistrates Court charged for seditious intention and attempt to stage a demonstration which they denied.

She said her lawyer represented her but she never appeared to testify as a result of adjournments for more than three months. She said Fatou Bensuda was the prosecutor at the time.

She said: "We went to court many times and there was nothing. They kept on adjourning the trial. Sometimes when we'd go to court, they would adjourn the case for two or three months."

After 13 months they were released from detention and her bag together with her passport and money were returned to her. Kosso then went to Sierra Leone but unfortunately met the civil war at full swing so she fled to Dakar in Senegal where she would later have asylum and left Senegal for US. 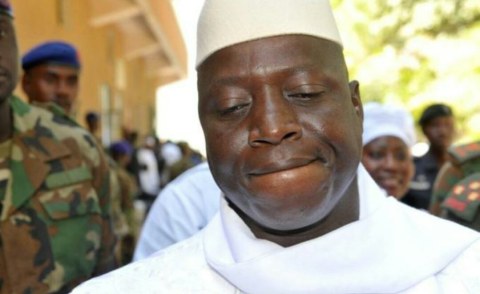 How Gambia is Going About its Search for Truth and Reconciliation
Tagged:
Copyright © 2019 FOROYAA Newspaper. All rights reserved. Distributed by AllAfrica Global Media (allAfrica.com). To contact the copyright holder directly for corrections — or for permission to republish or make other authorized use of this material, click here.