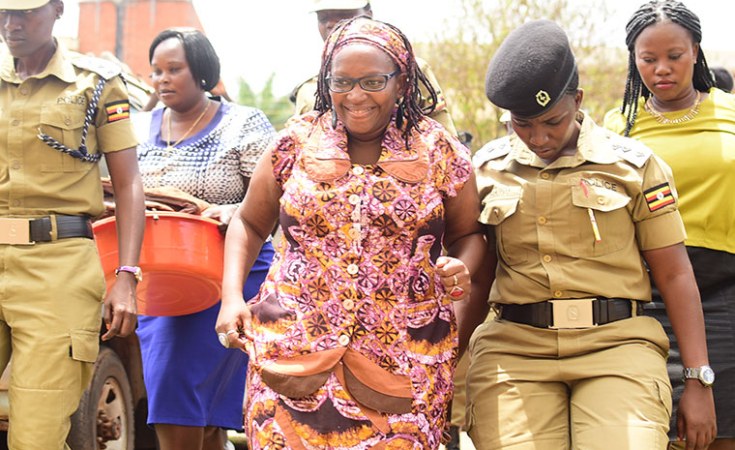 Accra — On Saturday 9th March, a small group of activists from Ghana, concerned by the continued incarceration of Ugandan feminist activist Dr Stella Nyanzi, rallied by the symbolic national independence Square to raise awareness on the dangers of remaining quiet to injustice.

Despite living in an era of whistleblowers and pushing to hold our leaders accountable, there has been very little continental efforts to defend the freedom and liberty of activists and human rights defenders from other African countries.

Onlookers appeared puzzled by the "Free Stella! Free Uganda" and "People Power! Our Power" chanted throughout the 30-minute walk from the square to Ghana's National Theater. Ghanaian police officials who processing the police permit allowing us to march asked, "Why Stella Nyanzi? Don't you have problems here?"

For some of us with Ugandan ancestry, our relatives were not too sure how to process the Stella Nyanzi case. They are numbed and weary from the daily absurdities of living under Museveni's regime and disregard of human rights, but still congratulated us for taking a stand, lifting a bit of the cloak of hopelessness around Stella's release.

When Stella Nyanzi first got arrested in April 2017, legions of her fans, supporters and activists swung into action, demanding that the Ugandan government #FreeStellaNyanzi.

She had been arrested and charged with Cyber Harassment and Offensive Communications under sections 24 and 25 of Uganda's 2011 Computer Misuse Act. These so called offensive communications included describing Yoweri Museveni, the President of Uganda as a 'pair of buttocks'.

We recognise and appreciate the activism of Dr Stella Nyanzi. In spite of being personally vilified and professionally sidelined, she does not give up, and stays firm to her values. She has declared that she is continuing her resistance from prison, the least we can do is amplify her struggle from our own locations.

In May 2017, Stella Nyanzi was granted bail. She didn't remain free for long. In November she was re-arrested under the same charges, appearing before a Magistrate Court on the 9th where she refused to apply for bail, demanding a speedy trial instead. That speedy trial has not happened, and this time round, there doesn't seem to be a similar groundswell of civil activism demanding she be freed. The reasons for this may be as complex as the case that Stella faces.

Stella Nyanzi is accused of disturbing the peace of President Museveni, and The First Lady of Uganda, Janet Kataaha Museveni, who also serves as the Minister of Education and Sports.

Clearly, offending the most powerful people in the land of Uganda has dire consequences, but should this be the case? We would argue not, but in repressive countries, speaking up and criticising powerful politicians and the elite is dangerous. Repressive governments ensure that their critics disappear.

Just think of Jamal Khassogi and the numerous journalists, activists, and Women Human Rights Defenders around the world who have been murdered, made to disappear or are behind bars for speaking truth to power. For this is what Stella Nyanzi does. She speaks truth to power. She deliberately invokes rudeness, sarcasm and artistic creativity to point out the failures of the Museveni government. She is perceived as a threat by the regime because we recognise the truth in her words. We won't dare say what she says - we are too scared of the consequences - but she is fearless, and will not allow herself to be muzzled.

We too should not allow ourselves to be muzzled, and that is why in Ghana we marched demanding that all charges under Stella Nyanzi be dropped, and that she be freed. People should be able to criticize their governments. Governments should be able to listen to what their people say - whether that feedback be cloaked in insults or dressed up in pretty clothing. If we allow Stella Nyanzi to perish because of her cyber activism, we too could be next.

We have seen first hand how solidarity beyond borders can boost and nurture a culture of advocacy and global accountability of African leaders. Only a handful of us had marched in Accra to #FreeBobiWine, Ugandan musician and member of Parliament arrested, tortured and unjustly detained in August 2018 and eventually released on bail a month later - this came by after our first march inspired other global marches and outcry in bigger cities. We know that an African leader's greatest fears are when his people decide to regain their power by any means necessary and when foreign donors threaten to starve national coffers.

We recognise and appreciate the activism of Dr Stella Nyanzi. In spite of being personally vilified and professionally sidelined, she does not give up, and stays firm to her values. She has declared that she is continuing her resistance from prison, the least we can do is amplify her struggle from our own locations. We urge African activists across the continent and Diaspora to also demand with us, #FreeStellaNyanzi.

Shari Ankomah Graham is an international development consultant currently coordinating the SheTrades in the Commonwealth Program in Ghana. 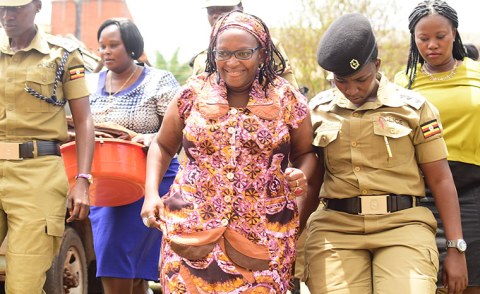 Stella Nyanzi Sentenced for Insulting Uganda's President Museveni
Tagged:
Copyright © 2019 Inter Press Service. All rights reserved. Distributed by AllAfrica Global Media (allAfrica.com). To contact the copyright holder directly for corrections — or for permission to republish or make other authorized use of this material, click here.