Eritrea: No Rights Progress in Eritrea After Peace Deal With Ethiopia - UN 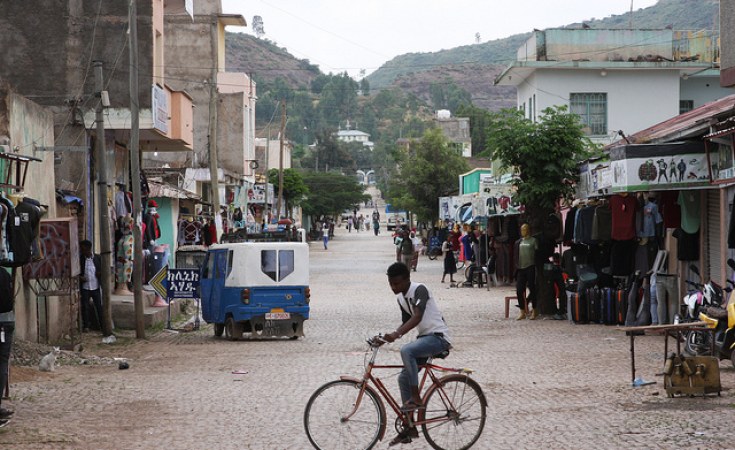 James Jeffrey/Inter Press Service
Refugees and peace not a contradiction: The Tigray city of Shire, not far from the border and where the UNHCR’s regional office is, has also seen its fair share of Eritrean arriving. A UNHCR worker who wasn’t willing to be quoted noted that around the world almost all countries receiving refugees do so while at peace with the country refugees are leaving—hence there is nothing unusual about Ethiopia and Eritrea reconciling while the refugee flow continues.
Voice of America (Washington, DC)
By Lisa Schlein

U.N. experts say Eritrea’s human rights record has not changed for the better since the government signed a peace agreement with Ethiopia last year, formally ending a two decades-long border conflict. The U.N. Human Rights Council held an interactive dialogue on the current situation in Eritrea this week.

After a 20-year military stalemate with Ethiopia, hopes were high that the peace accord would change Eritrea’s human rights landscape for the better.

U.N. Deputy High Commissioner for Human Rights Kate Gilmore said that has not happened. She said Eritrea has missed a historic opportunity because the government has not implemented urgently needed judicial, constitutional and economic reforms.

She said the continued use of indefinite national service remains a major human rights concern.

“Conscripts continue to confront open-ended duration of service, far beyond the 18 months stipulated in law and often under abusive conditions, which may include the use of torture, sexual violence and forced labor,” she said.

“The peace agreement signed with Ethiopia should provide the security that the government of Eritrea has argued it needs to discontinue this national service and help shift its focus from security to development…. In the absence of promising signs of tangible human rights progress, that flow of asylum-seekers is not expected to drop,” Gilmore said.

Human rights groups say unlimited national service forces thousands of young men to flee Eritrea every month to seek asylum in Europe. They say many lose their lives making the perilous journey across the Sahara Desert or while crossing the Mediterranean Sea to Europe.

The head of the Eritrean delegation to the Council, Tesfamicael Gerahtu, said his country has had to adopt certain measures to counter the negative effect of the last 20 years on peace, security and development. He insists there is no human rights crisis in his country.

He accused the Human Rights Council of exerting undue pressure on Eritrea by monitoring his country’s human rights situation and adopting detrimental resolutions. He called the actions counterproductive.

“The honorable and productive way forward is to terminate the confrontational approach on Eritrea that has been perpetrated in the last seven years and that has not created any dividend in the promotion of human rights. And, there is no crisis that warrants a Human Rights Council agenda or special mandate on Eritrea,” Gerahtu said.

Daniel Eyasu , head of Cooperation and International Relations of the National Youth Union and Eritrean Students, agrees there is no human rights crisis in Eritrea. He offered a positive spin on the country’s controversial national service, calling it critical for nation building.

Unfortunately, he said, the reports of the council’s special procedures characterizing national service as modern slavery is unwarranted, unjustified and unacceptable.

The Founder of One Day Seyoum, Vanessa Tsehaye, said the government has not changed its stripes. She said it is as repressive today as it was before the peace accord with Ethiopia was signed.

Tsehaye’s organization works for the release of her uncle, a journalist who has been imprisoned without a trial in Eritrea since 2001 and for all people unjustly imprisoned. She said they continue to languish in prison.

But delegates at the council welcomed the peace process and expressed hope it will result in better protection for the Eritrean people. But they noted the prevailing abusive conditions are not promising.

They urged the government to reform its military service, release all political prisoners, stop the practice of arbitrary arrests, and end torture and inhumane detention conditions. 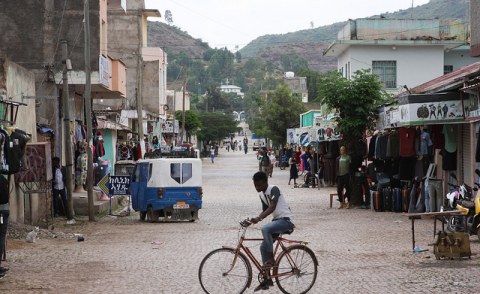 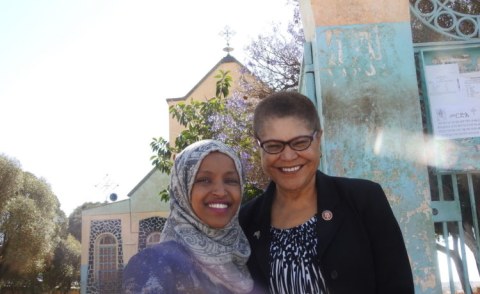 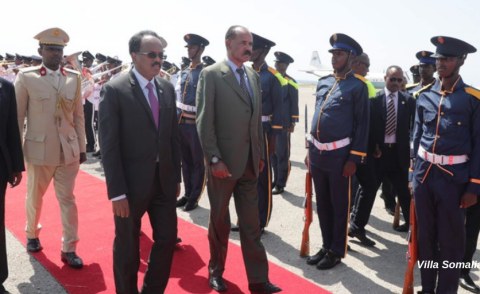 Amid Border Wrangles, Eritreans Wrestle With Staying or Going
Tagged:
Copyright © 2019 Voice of America. All rights reserved. Distributed by AllAfrica Global Media (allAfrica.com). To contact the copyright holder directly for corrections — or for permission to republish or make other authorized use of this material, click here.