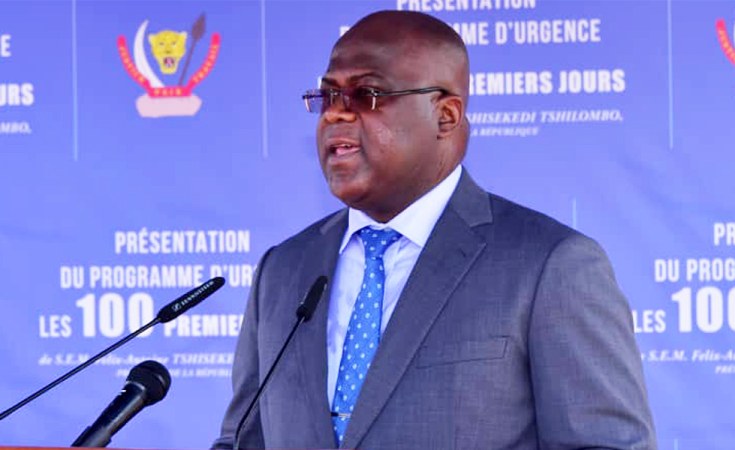 The United Nations' top official in the Democratic Republic of Congo has urged President Felix Tshisekedi to form a new government without delay, as the country continues its first peaceful transition of power in its nearly 60 years as an independent nation.

"We cherish the hope that the new government will shortly be established and operational," the head of the U.N. mission in DRC, Leila Zerrougui, told a meeting of the Security Council on Monday. "Indeed, the expectations of the Congolese people are tremendous. It is of critical importance to not leave them to wait too long or to dash their hopes."

Zerrougui said discussions for the new government are underway between the Common Front for Congo (FCC), which secured the majority of legislative seats at the national and provincial level, and the Coalition for Change, which supported the candidacy of Tshisekedi.

Tshisekedi's inauguration on Jan. 24 was not without controversy. It followed elections that were marred by widespread irregularities and allegations by the country's powerful clergy that another opposition candidate, Martin Fayulu, was the real winner.

Skeptics say former president Joseph Kabila, 47, who reluctantly left office after 18 years in power, struck a deal with Tshisekedi, 55, the son of a longtime Congolese opposition leader, when he realized his preferred candidate would not win.

Kabila has also retained influence in the National Assembly where his FCC coalition is dominant, and has declared that it won an overwhelming majority in last week's senate elections, as well.

"The reactions of certain political parties and their supporters in light of the outcomes of the senatorial elections last week are a concern," Zerrougui said. "They reveal the fragility of the political process which is underway in the DRC."

Some violence, including looting and the death of one policeman, were reported in the aftermath of Friday's senate elections.

Meanwhile, the country is facing an escalation in intercommunal clashes and a serious outbreak of Ebola in the country's Beni region.

Fighting between Banunu and Batendein communities in the western territory of Yumbi in December left at least 535 dead and 19,000 displaced Zerrougui said. She said it is a "troubling reminder" of how quickly violence can escalate in DRC.

The U.N. has its largest peacekeeping mission in the DRC — more than 17,000 troops and police, plus 4,000 civilian personnel with a budget of more than $1 billion a year. The mission's main priority is the protection of civilians, mainly in the country's volatile east, where dozens of armed groups threaten the population. The U.N. is looking to gradually drawdown and ultimately close the mission, and has begun to plan for its exit.

The U.N. has also assisted the government and humanitarian partners with the Ebola response. The outbreak is in a region plagued with insecurity. Several Ebola clinics have been attacked.

The World Health Organization says there have been 886 confirmed cases of the virus so far and nearly 600 deaths. DRC's U.N. Ambassador Ignace Gata Mavita wa Lufuta told the council that 310 people have recovered from Ebola.

On the political front, Lufuta said negotiations are underway with the different stakeholders to form the government.

"The president of the republic has appointed the members of his cabinet, and in the interim, has published his emergency program for the first 100 days of his mandate," he said.

He underscored that the security situation is one of the government's chief concerns, and called on the U.N. mission and the national army to neutralize armed groups.

The U.N. Security Council will reauthorize the mission later this month and is currently discussing its mandate — which is likely to include a refocusing of the mission on the eastern part of the country to areas where threats are highest — and the reconfiguration of some military units into rapid deployment forces. 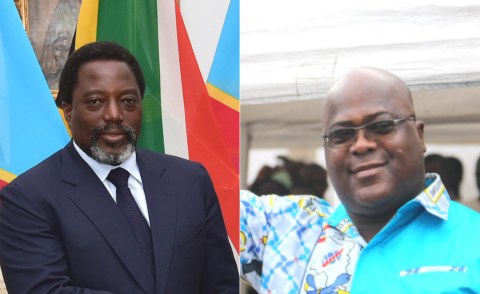