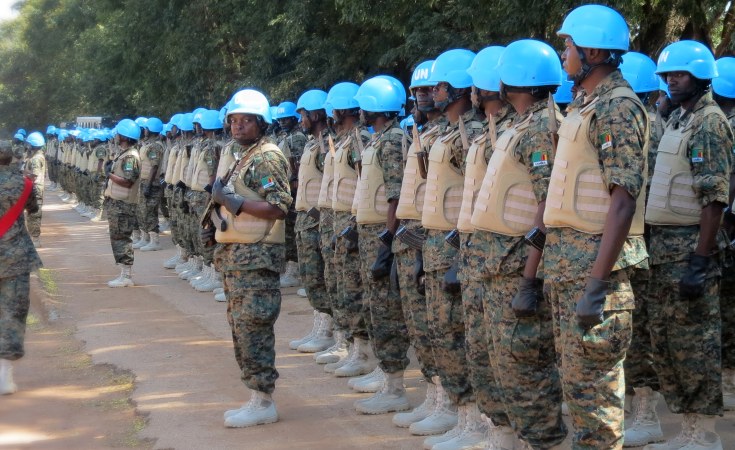 Tsidoti/Wikimedia Commons
Soldiers in new UN peacekeeping uniforms prior to deploying to the Central African Republic as part of the MINUSCA mission, April 2015.
Thomson Reuters Foundation (London)
By Kate Ryan

New York — There was a significant rise in reports of sexual exploitation and abuse involving United Nations staff and affiliates last year, the U.N. said in a report on Monday, ascribing the increase largely to an improved atmosphere and oversight.

Just over 200 people reported sexual violence and exploitation at the hands of U.N. staff and personnel in 2018, said the report issued by the U.N. secretary-general's office.

At the U.N.-affiliated World Food Program (WFP) the number of cases grew to 19 last year, compared with 26 during the previous 12 years.

At the U.N.'s refugee agency (UNHCR), the number of reported cases nearly doubled to 34, including the rape of a minor.

Among U.N. peacekeeping missions, however, the number of reported incidents dropped to 54 from 62 in 2017.

The United Nations has been grappling with accusations of sexual abuse and exploitation, most notably among U.N. peacekeepers in the Central African Republic.

Last year's reported cases ranged from rape to sexual assault and the purchase of sex, it said.

An annex to the report lists allegations and provides some detail on the type incident and location where it occurred, noting whether they involved police, UN staffers, partners or contractors.

Other information about the cases is limited, with no mention of the year the abuse occurred or the status of cases.

These listed cases are labeled "pending," "unsubstantiated," or "investigation ongoing" without explanation.

The U.N. suggested the increase in reported cases is a step forward, because it means there is increased trust in the resources and support available to victims seeking justice.

The U.N. pointed to measures implemented since 2017 that included what it called awareness campaigns and improved systems for victims and witnesses to report incidents without fear of retribution or reprisal. It also said under-reporting continued to be a concern. "In parts of the U.N. where reporting has increased, the secretary-general 'suggests' without evidence that this indicates greater trust in the system," said a press release by Code Blue, a campaign of the organization AIDS-Free World.

"But where decreases in levels of reporting appear, that means that prevention programs are working. Wherever the data points, the report's rhetoric can spin it as an achievement." They pointed out that the report lists victims and allegations separately, sometimes lumping two victims with reports against the same individual into one allegation.

"They say there's a victim-centric approach, but they're not putting out victim-centric data," said Kaila Mintz, a coordinator for Code Blue. This report comes weeks after a preliminary report found over 500 allegations of sexual abuse were received by lead aid agencies like OXFAM and CARE in 2018, a 13 percent increase from 2017. 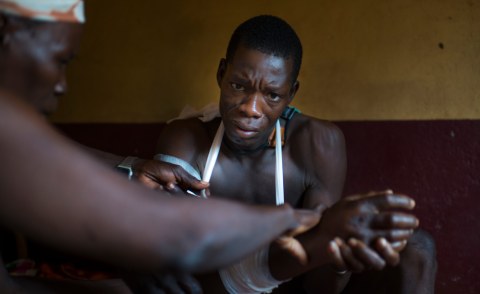 The Consequences of War in CAR

UN Calls on Stakeholders to Implement CAR Peace Deal
Tagged:
Copyright © 2019 Thomson Reuters Foundation. All rights reserved. Distributed by AllAfrica Global Media (allAfrica.com). To contact the copyright holder directly for corrections — or for permission to republish or make other authorized use of this material, click here.