Africa: The Stakes of the Last Day of the 2019 Afcon Qualifiers 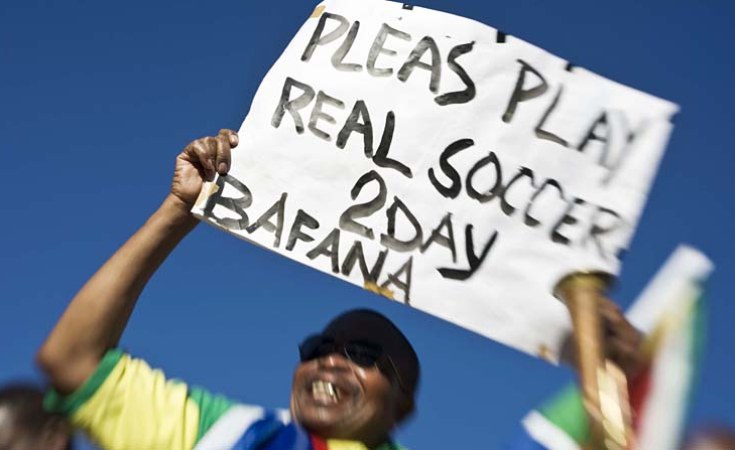 Who will go to Egypt next June? There are many contenders but only 24 countries will have the privilege of playing in the TOTAL CAF Africa Cup of Nations 2019. Cafonline.com reviews last remains games before this coming sixth day.

Senegal and Madagascar meet again for a final without stakes for this last day. The Teranga Lions will hope to finish this qualifying round with a fifth win in front of their home crowd. Sadio Mané and Kalidou Koulibaly will be serious contenders for the title next June. Will this golden generation finally be crowned after many failures despite their undeniable talent? As for the Barea, this will be their last major test before their first appearance at an AFCON. Sudan and Equatorial Guinea, already eliminated, are back together.

Already eliminated, Malawi hosts the Atlas Lions. Hervé Renard's Morocco qualified before this match and the Moroccan coach is counting on his team to win and ensure the FIFA ranking. The players will also have in mind the prestigious friendly match to be played in Tangier on March 26th against Argentina with a certain Lionel Messi. Cameroon, the reigning African champions, need only a point at home against the Comoros to defend their trophy in Egypt. The Indomitable Lions will not be able to count on Jean-Armel Kana-Biyik and striker Stéphane Bahoken

In Bamako, Mali should logically win against the young South Sudanese team, who have still not pocketed a single point in these qualifiers. First place in the group should remain Les Aigles' property before competing next June in the AFCON. In Bujumbura, a fiery atmosphere for the Burundians, who are 90 minutes away from their first AFCON qualification. Gabon must absolutely win. Coach Daniel Cousin will be able to count on the return of Pierre-Emerick Aubameyang.

The Mustapha Tchaker stadium in Blida will be filled to capacity to greet the Fennecs in a game with no stakes. Djamel Belmadi's Algeria will finish first in this group unless there is an accident and the last match against Gambia will be an opportunity to shine in front of their 22,000 fans. In Cotonou, the Squirrels had to draw to eliminate Emmanuel Adebayor's Togo. Without Stéphane Sessegnon, coach Michel Dussuyer is counting on the audience at the Stade de l'Amitié to support his team

The Super Eagles know they'll fly to the land of the Pharaohs. In Asaba, the Nigerians will therefore play without pressure against the Seychelles. In Sfax, South Africa has its destiny in its hands and could settle for a draw against Libya to take second place in the group's qualifying round.

Ghana hosts Kenya for first place in the group. Both teams have already qualified ahead of Ethiopia and Sierra Leone.

Anyone can still qualify even if Zimbabwe has a slight advantage over its competitors. First with 8 points, the Warriors host the Congo Red Devils, currently last in Group G. The Congolese will have to win in Harare and hope for a bad result from their neighbors in Kinshasa. The Leopards will welcome Liberia and any result other than a victory would eliminate Florent Ibenge's men.

Guinea and Côte d'Ivoire are expected to qualify in this order. Except an accident in the Central African Republic, the Sily National will remain first in the group ahead of the Ivorian Elephants who will play against Rwanda, the last and already eliminated.

The surprising Mourabitounes will travel serenely to Ouagadougou. Already qualified, the Mauritanians will face with more than motivated Stallions. Burkina Faso must win, but above all they must count on a misstep from the Palancas Negras, who travel to Botswana, who have already been eliminated. Scenario more than improbable.

Tunisia and Egypt, the host country, have already qualified for the Total AFCON 2019. For prestige, Eagles of Carthage and Pharaohs will compete for first place at a distance in their respective matches against Eswatini and Niger.

Another open group! Although the Chipolopolos are mathematically eliminated, their match against Namibia is not without stakes. Visitors must take it with them as the Portuguese-speaking duel will take place in Bissau between Guinea-Bissau and Mozambique. Woe to the loser of this game when the Djuturs could get their second qualification for a AFCON finals.

The Cape Verde Blue Sharks will have to win at home against Lesotho, who are one point clear at the start of the game. The first and already qualified Ugandan Cranes travel to Tanzania.

Bafana Qualify for 2019 AFCON After Libya Victory
Tagged:
Copyright © 2019 Confederation of African Football. All rights reserved. Distributed by AllAfrica Global Media (allAfrica.com). To contact the copyright holder directly for corrections — or for permission to republish or make other authorized use of this material, click here.