Kenya: Romping Rhinos Cause a Stir As Nairobians Show Love for Nature 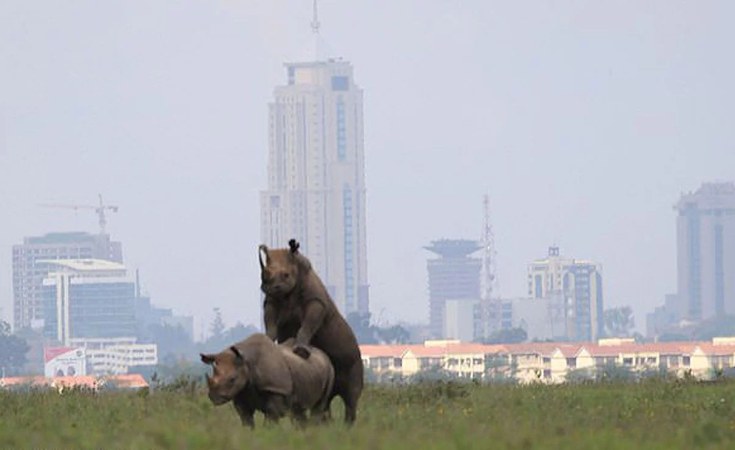 A picture of rhinos mating at the Nairobi National park has aroused mixed reactions on social media.

The photo shared by the Kenya Wildlife Service on Twitter captures the lusty rhinos going about their business and ignoring the scorching sun. Behind them was the city's iconic skyline.

Kenya Wildlife Service tweeted; "What's a Wednesday afternoon timeline without a little romp? Talk about Sex and the City!"

DavyKN suggested; "Get them a room. Mutua will be livid."

Githii wrote; "I hope they are not both male. otherwise they will need to be counselled - like the two lions."

Roger Gray said, "With Rhino populations dwindling, this is exactly what we need to see!"

In 2017 Mr Mutua made headlines after suggesting that two male lions spotted in the Masaai Mara engaging in 'sexual contact' to be kept in isolation.

In an interview with Nairobi News, Mr Mutua described the behaviour of the two lions as "bizarre", adding that the two animals could acquired their homosexual tendencies by watching gay couples who tour the park.