Mozambique: After Cyclone Idai, 'Beira Has Found Itself in the Dark' 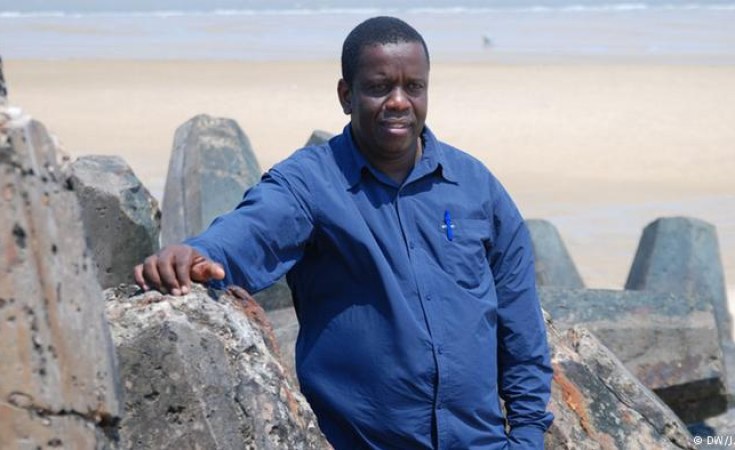 The Mozambique city of Beira has been isolated since the arrival of Cyclone Idai last week. As telecommunications connections are slowly being restored, DW has spoken with the city's mayor, Daviz Simango.

Since making landfall last week in Beira, on the coast of Mozambique, Cyclone Idai has laid waste to three southeast African countries. Flood surges of up to 4 meters (13 feet) and hurricane-force winds have led to the deaths of at least 350 people across the region and left 15,000 stranded, according to estimates on Thursday.

The cyclone landed in Beira, leaving the low-lying central port city of 600,000 isolated after it had already weathered a week of devastating floods.

After a state of emergency was declared, the World Food Programme announced that about 1.7 million people would need assistance in Mozambique alone.

DW: Can you give us a description of the situation in the city of Beira after the cyclone?

Daviz Simango: The cyclone was marked by extremely strong winds. They destroyed our city. Public and private infrastructure, schools, hospitals and houses were all destroyed. Our economy has been hit hard -- warehouses, shops and stalls have been ruined. The telecommunications systems have failed, and there's a very severe water shortage. ...

Beira has found itself in the dark and has become a ghost town at night.

It has been extremely painful. We don't have enough food for the population and we're doing everything we can to clear the streets because fallen trees have blocked almost all roads across the city. Power poles have been knocked down, too. It's a big challenge to try to recover and return to normality.

What do people need right now?

The most urgent things are food and shelter. People have been left homeless and many of them need sheet metal to repair their roofs. They need fresh water, but also clothes because many people's clothes are either soaked or have been washed away. These are the main challenges.

Then there are the many people who no longer have a home or a place to sleep, particularly orphans and the elderly.

What infrastructure measures have you taken since the hurricane hit?

Yes, our basic infrastructure needs to be repaired, but that's an exceptionally difficult task. It takes a lot of resources and it's impossible on our city's budget alone. Just to get an idea, the town hall itself suffered in the cyclone as well as other council buildings like the mortuary. So we have to start from scratch.

And what kind of support is the city giving people?

The situation is critical and chaotic. It is really necessary that the city of Beira get extraordinary support to deal with the situation. I'm working on it right at this moment.

Several aid campaigns have been launched in Mozambique. Is your city in contact with these campaigns?

The private sector is giving us direct support, and I've been in touch with the representative of the Indian Embassy in Beira. Three Indian naval ships carrying goods, medicine and water, along with five nurses and 200 people have already arrived to help.

Are the hospitals ready for potential outbreaks - cholera, for example?

The hospitals aren't prepared because they don't have any power. Many of the tests and medical examinations for such diseases need electricity, and they are are not being done because the Beira Central Hospital, the main hospital for the region, currently has no power, so it can't make any diagnoses. Many patients are dying and there are some simply going back home because they can't be tested.

Do you think the city can return to how it was before the cyclone?

The city has been destroyed, we have to start from scratch, and we'll have to prepare ourselves for that. Many countries have risen from the ashes again after war. Beira will also have to rise from its ashes.

Is there any coordination between the central government and the Beira municipality at all?

Are there no joint efforts?

No, there are no joint efforts.

Does your city have the structural support it needs to rebuild itself?

No place that goes through a situation like this could recover on its own. You have to understand that the funds from international allies all flow to the national disaster institute or directly to the central government. Now it is up to these institutions to share some of this support with the people of Beira who need it.

Cyclone Idai - Mozambicans Trapped in Trees and on Roofs

Is Cyclone Aid Only Reaching Zimbabwe's Ruling Party Supporters?
Tagged:
Copyright © 2019 Deutsche Welle. All rights reserved. Distributed by AllAfrica Global Media (allAfrica.com). To contact the copyright holder directly for corrections — or for permission to republish or make other authorized use of this material, click here.