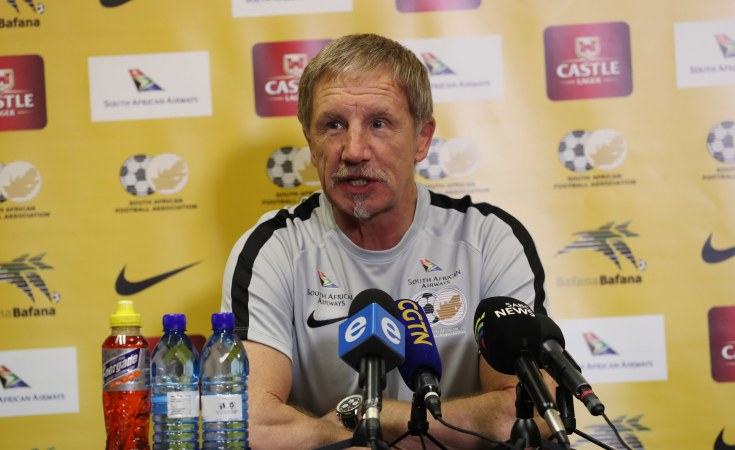 Hosts Malawi and Morocco wound up the Total 2019 Africa Cup of Nations (Afcon) qualifiers with a goalless draw in a dead-rubber Group B match played at 40,000-seater Bingu National Stadium in Lilongwe on Friday March 22.

The result saw the already qualified Morocco cementing their top spot with 11 points and they cannot be overtaken on points unless second-placed Cameroon beat Comoros Islands by a big margin in another qualifying match on March 23 to upstage the Atlas Lions on goal aggregate.

With five points just like the already eliminated Malawi, Comoros face Cameroon with a mathematical chance of qualifying from the group.

However, the islanders need a win at all cost whereas the Indomitable Lions also need maximum points to seal their place in the final phase in Egypt.

Going into yesterday's game, Malawi coach Ronny van Geneugden made a number of changes to his startling line up with Ernest Kakhobwe replacing Charles Swini in goals whereas Khuda Muyaba took the place of dropped veteran striker Chiukepo Msowoya as winger Gerald Phiri returned to the squad.

However, despite the changes, Morocco dominated proceedings it took the acrobatics of Kakhobwe to deny Hadraf Zakariam from point blank range in the 24th minute before the visitors hit the post and had an effort ruled out for an infringement on the hosts' keeper.

Malawi coach praised his team for holding their own against the Moroccans who won 3-0 at home in the first leg.

"In first half, we played a strong game; very disciplined and very mature. We had opportunities with Gabadinho and with Chester. These are moments we could make it 1-0. In the second half, the game was very difficult because some unlucky decisions gave Morocco a chance. Morocco was very professional so that we could not use the space behind the defence. The rain also made a big difference to the level of the game," Van Geneugden said.

Morocco coach Herve Renard saluted the Flames of Malawi for giving his side a good run.

"Malawi did the same when they came to Morocco. Most of the times it is direct football. The strikers are very fast and fight a lot. They never give up so it was a tough team to face. It was my fourth time to visit Malawi. I think the coach is doing a good job. I think you should continue the same way. I was in Zambia, it was like this, step-by-step," the Frenchman said.

These Teams Qualified for 2019 AFCON
Tagged:
Copyright © 2019 Confederation of African Football. All rights reserved. Distributed by AllAfrica Global Media (allAfrica.com). To contact the copyright holder directly for corrections — or for permission to republish or make other authorized use of this material, click here.