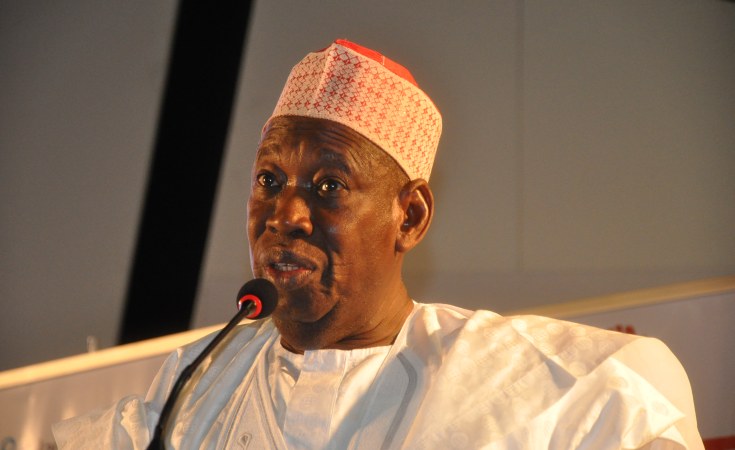 Governor Abdullahi Ganduje of Kano State has thanked the people of the state for re-electing him for a second term.

In the supplementary election held in 28 of the 44 local government areas in the state, Mr Ganduje won by scoring 45,876 votes to the PDP Abba Yusuf's 10,239.

The State Returning Officer, Prof. Bello Shehu, announced that the governor got 1,033,695 votes while Mr Yusuf polled 1,024,713. ‎ Mr Ganduje , who made the promise in his re-election speech on Sunday night in Kano, called on all to join hands with him to build the state.‎

He also said that ‎he would run an all-inclusive government that will carry everyone along in the administration of the state.

‎‎The governor thanked the people for believing in his capacity to lead them and for the peaceful conduct of the March 23 re-run election.

The governor also promised not to fail the electorate.

He also pledged to consolidate on his achievement and also embark on people oriented project.

"We going to complete all projects and initiate new ones and we are also open to new ideas and new vision," he said.

‎The governor who thanked God for the resounding victory urged the people of the state irrespective of their political inclination to join hands to move Kano forward.

"Girl child education, agriculture, women and youth empowerment, healthcare delivery, peace and security will be my focus in the next four years.

"I thank you for the fresh mandate and I promise to serve you better because the victory is not for me or my deputy, the victory is for the good people of Kano.‎

"As we get ready to start our second term, I urge you to continue to maintain the peace we have so far enjoyed," he said.

‎He commended INEC for its professionalism and also thanked the electorate in the state for re-electing President Muhammadu Buhari.