Mozambique: Is aid being delayed by distrust? Then send accountants along with rescuers and aid 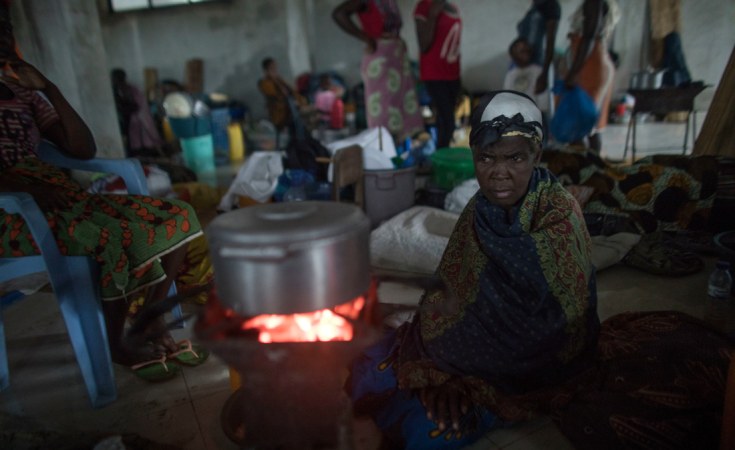 The government has zero credibility, and there were two warnings today that aid is being delayed because of distrust of a seriously corrupted government. Both call for civil society to monitor aid distribution and spending so that help is not further delayed. bit.ly/MozCyclone23 and bit.ly/MozCyclone24 (both in Portuguese).

"IDAI has plunged us into a tragedy where we can only leave with the support of international charity. The willingness to support is great, but it comes with the fear that this money will be diverted into the pockets of a half dozen people who run the state and government", writes Marcelo Mosse in Carta de Moçambique today.

"The Mozambican state has no moral structure to receive cash (and even in-kind) donations. Therefore, almost all the aid announced is complemented with the warning that its use will be policed. "Let's help, but we want auditing!" says international charity.

"The state is a deadbeat, its leaders are involved in corruption until the marrow of their bones, and society picks up by tab? No, this is unfair! Abominable! Donors cannot delay aid because they do not trust the state. Therefore, with the state's credibility in the trash, the most honest and not politically tied civil society must do anything to ensure that aid reaches the victims and the poor."

Much money will go through the government disasters agency INGC (Instituto Nacional de Gestao de Calamidades). But the Public Integrity Centre (CIP, Centro de Integridade Publica) today demands: "It is imperative that there is a tight control of aid channelled through the INGC in all its phases."

"A public outcry is becoming widespread with the common denominator of distrust - that aid may not reach affected populations. One reason is the lack of clarity in the control and management of aid by the entity responsible, the INGC. But it is also because increasing levels of corruption are having an impact on the public sector, and because of misconduct in government handling public finances in general, and in particular the $2 bn secret debt. Hence we have observed a high level of hesitation by the cooperation partners to direct aid to the government, especially money."

In 2017 there was a big meeting at INGC on transparency and management, with the participation of CIP and the Tribunal Administrativo (TA, Audit Court). Public Works Minister Joao Osvaldo Machatine, who was responsible for INGC, told the meeting that an internal control unit would be created that would prevent misconduct. Two years later, nothing has been heard of the intended unit. And CIP points out that the TA has never published an audit of INGC.

"Due to the level of mistrust that prevails, the control and management systems of INGC should involve credible civil society organizations of acknowledged merit, as well as organized religious institutions and other entities. They should be involved in the management of the aid at the time of its receipt, packaging and subsequent distribution to populations affected by the cyclone. These entities would give greater credibility to the process and would confirm later if there was a rational and transparent use of resources." It calls for a daily audit and reporting.

The only road to Beira, the EN6, reopened this afternoon to all traffic, including heavy lorries. Electricity reached more of the city, including the hospital, and there were street lights last night in some areas. The task is slowed by the need to remove many of the cables lying on the ground to prevent people being electrocuted. Water has been restored, but at low pressure. Destruction in Beira is massive, and many historic buildings are badly damaged. (Carta de Moçambique, 24 Mar pm)

Movitel (owned by Frelimo and the Vietnamese army) was the first mobile telephone company to restore full service, followed by Mcel and Vodacom.

Is Cyclone Aid Only Reaching Zimbabwe's Ruling Party Supporters?
Tagged:
Copyright © 2019 Mozambique News Reports And Clippings. All rights reserved. Distributed by AllAfrica Global Media (allAfrica.com). To contact the copyright holder directly for corrections — or for permission to republish or make other authorized use of this material, click here.