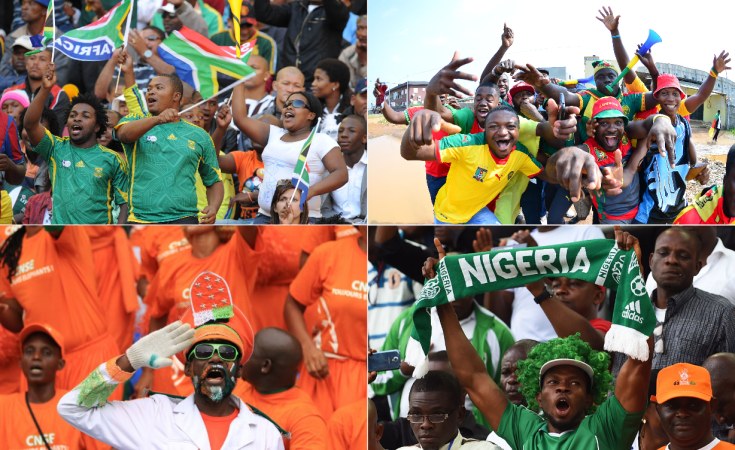 The Black Stars of Ghana beat the Harambee Stars of Kenya 1-0 to finish top of Group F of the Total Africa Cup Of Nations 2019 qualifiers.

Prior to the game, both teams had already booked their tickets to the tournament to be staged in Egypt in June, however pride was at stake as both teams went all out to win the game, but at the end it was the Ghanaians who picked all points.

Ghana, who was led by deputy captain Andre Ayew started the game on the front foot with the likes of Jordan Ayew, Christian Atsu and Mubarak Wakaso leading the attack.

The Kenyans who by far came with a well-rehearsed strategy to possibly record a double over Ghana, eventually came out their shells and gave their hosts good run for their money.

With revenge on the minds of James Kwesi Appiah and his lads, Ghana kept pushing and probing for an opener, but their efforts were expertly dealt with by the Kenyan defence and action that saw the first half end goalless. Back from recess and the script remained the same for most parts of second half as the Black Stars continued to probe for the goal.

Their persistence was eventually rewarded with the goal a substitute Caleb Ekuban who came on for Jordan Ayew scored in the 83rd minute to send the teeming fans into a state of excitement. Incensed by their teeming fans, Ghana piled more pressure on Kenya in search of more goals, but they managed to hold on till the final whistle.

Ghana thus tops Group F with 9 points and Kenya who have also qualified to Egypt 2019 placing 2nd with 7 points. Ethiopia came third with just a single point with Sierra Leone ending the qualifiers at the bottom with no points.

"It was a difficult game and kudos to my boys for showing a never say die spirit from start to finish. Kenya is a very good side and playing them today, we all saw that they came with a different strategy to make things difficult for us, but at the end my boys did all they can and we won the game.

From now till the AFCON we will work round the team to make sure that we take the best players, that is why in this game I invited some new players. We are going to be doing more of those and getting some games to study the boys before the tournament. But I am happy with the performance of my players.

Topping the Group is a good feeling and it showed that indeed Ghana is a powerhouse in football so we taking that pride to the AFCON and make sure that we build upon it more before the competition."

"We take a lot of positives from this game because we played well and the players gave a very good account of themselves. We came with the intension to win and top the Group. Our worst should have been a draw looking at the game we played, but sometimes these things happen in football.

Going forward, I believe we have what it takes to make a strong challenge at the AFCON, so we go back to the drawing board and continue to work. We have about three months to go and by then I believe we will be a stronger team."

Preliminary Squads Named as AFCON 2019 Tournament Looms
Tagged:
Copyright © 2019 Confederation of African Football. All rights reserved. Distributed by AllAfrica Global Media (allAfrica.com). To contact the copyright holder directly for corrections — or for permission to republish or make other authorized use of this material, click here.