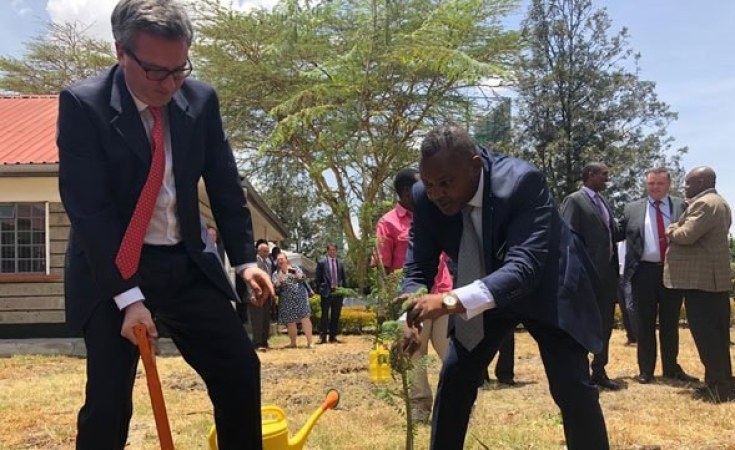 Paedophiles, child traffickers and abusers now have their days numbered after a cyber centre was opened at the Kenya Police's anti-human trafficking child protection unit on Monday.

The cyber centre, touted as the first of its kind in the continent, will help to bring to justice to paedophiles, who target and abuse vulnerable children in the country.

Director of Criminal Investigations George Kinoti, while opening the cyber-wing, said that the abuses and atrocities that children go through are nerve-racking.

"Through this cyber-wing, any atrocity committed against children will be monitored, reported and addressed in real-time, and the perpetrators brought to book even without their awareness," said Mr Kinoti.

He said that child abuse, which takes different forms, is currently a global vice with perpetrators working in networks from different countries in bid to evade authorities, a phenomena Mr Kinoti says requires global collaboration.

International paedophiles, according to the DCI head, are now migrating to rural areas disguised as charity and philanthropic entities, where they commit the atrocities on innocent children.

"Some traditional cultures such as early marriages, still in those rural communities also enhance these vices," he said.

British High Commissioner Nic Hailey, who was also at the launch, pledged UK government's support to track foreigners who abuse children in Kenya.

"Online child sex abuse is a global problem with images created and shared across the world, including in Kenya. This new centre will help the Kenyan authorities stop this vice and hence protect children from being ill-treated. We will also work with the Kenya police to ensure that British paedophiles targeting and abusing vulnerable children in the country are brought to justice," Mr Hailey said.

"Similar units will be set up in Mombasa and Kisumu, and in due course, regionally in Somalia, Somaliland, Ethiopia, Djibouti, Eritrea, and Sudan," said Mr de Andrés.

The new specialist cyber centre, which was funded by the British government, will for the first time enable Kenyan authorities to access data on child abuse, using information provided by technology firms.

British Prime Minister Theresa May announced the centre last year as part of a cooperation pact with Kenya during her Nairobi visit last year.

"Online child exploitation is an abhorrent crime and we are determined to ensure there is no place to hide for predators who use the internet to share images of abuse across borders, too often with impunity.

"This builds on our ongoing work with Kenya on security and criminal justice - a partnership which has already helped to convict and imprison terrorists in the UK," said Ms May.

The First Child Protection Unit in Africa Opens in Nairobi 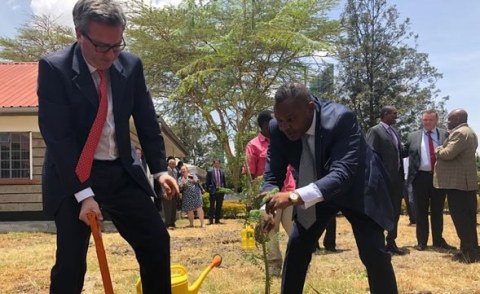 Groundbreaking Child Protection Unit Opens in Nairobi
Tagged:
Copyright © 2019 The Nation. All rights reserved. Distributed by AllAfrica Global Media (allAfrica.com). To contact the copyright holder directly for corrections — or for permission to republish or make other authorized use of this material, click here.