Mozambique: Idai Corpses Could Have Been Swept Into Indian Ocean 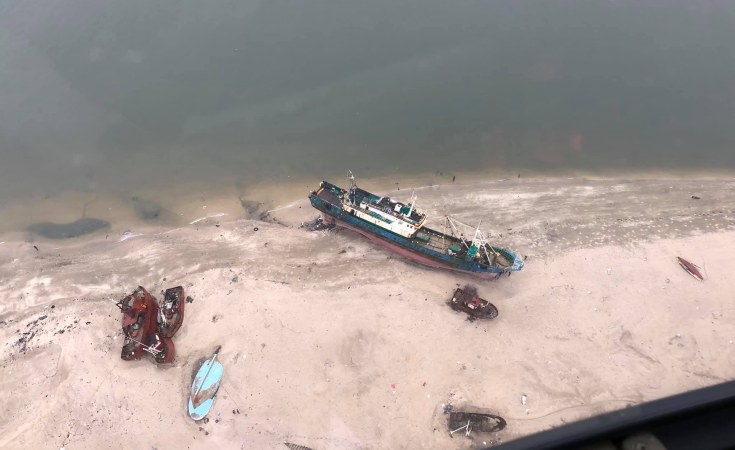 Harare — There are fears some people killed during floods in Zimbabwe have been swept away into neighbouring Mozambique and into the Indian Ocean.

The indications come after the number of people killed in the Cyclone Idai-induced floods rose to 230.

It was initially reported the death toll was 154 but the discovery of more lifeless bodies by the Civil Protection Unit (CPU), police, Red Cross and other aid agencies in the east of the country has added to the casualties.

President Emmerson Mnangagwa feared the toll was higher following high indications some victims were swept away to Mozambique and the ocean.

"Because of the decomposing state of their bodies, we have agreed that they be buried in Mozambique. Some could have been washed away to the (Indian) ocean," Mnangagwa said.

Rescue operations are ongoing largely in the Chimanimani and Chipinge communal lands. Hordes of other villagers remain missing and some 200 people are injured.

The province of Manicaland, which borders Mozambique, is the hardest hit by incessant flooding. Mashonaland East and Masvingo have also been impacted.

Mnangagwa meanwhile thanked former colonial master, Britain, for putting aside its diplomatic tiff with Zimbabwe and assisting with aid operations.

"The British government, even if we disagree on some issues politically, sent a message of condolence. Prince Charles sent a message together with his wife (Camilla) to console us," the president added.

He also expressed gratitude after doctors, who were recently on strike, volunteered in rescue operations.

"We have some misunderstandings with doctors but they are voluntarily supporting people in affected areas. I want to thank them," Mnangagwa said.

The floods are also afflicting Malawi and Mozambique. Over 700 people have been killed overall but it is feared the number runs to thousands.

Mozambique's Children at Risk from Trafficking After Cyclone Idai
Tagged:
Copyright © 2019 CAJ News Agency. All rights reserved. Distributed by AllAfrica Global Media (allAfrica.com). To contact the copyright holder directly for corrections — or for permission to republish or make other authorized use of this material, click here.