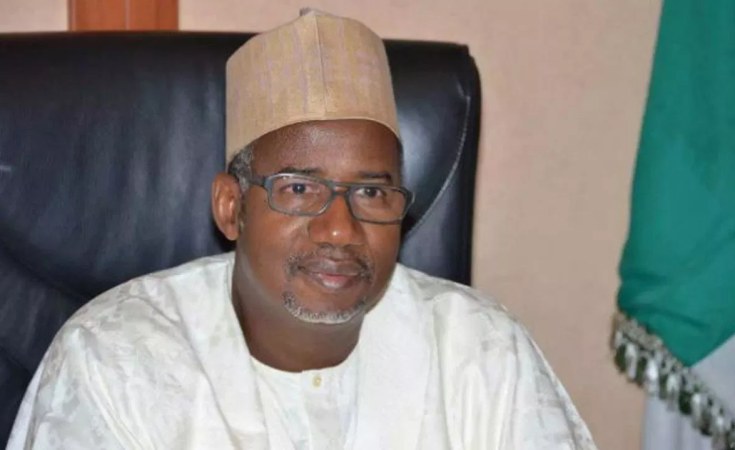 The governor-elect of Bauchi State, Bala Muhammed, has assured of good governance in the state after he was declared winner on Monday following a close contest.

Mr Muhammed, a former senator and former minister of federal capital territory (FCT), defeated the incumbent governor, Muhammed Abubakar of the All Progressives Congress (APC) with a vote margin of 14, 488 votes.

In the keenly contested election, the former minister polled 515, 113 votes against the incumbent's 500, 625 votes.

Mr. Abubakar is the first governor of Bauchi who failed to secure a second term since the return of democracy in 1999.

Delivering his acceptance speech at about midnight Tuesday, the governor-elect said he was humbled by the confidence the people of Bauchi reposed in him through their ballots.

He said his core mandate is to give Bauchi citizens a better prospect and greater opportunity for a prosperous life.

He promised to reduce poverty and encourage the people in the area of agriculture, education, urban and rural infrastructure.

Thanking the chairman and members of the PDP for giving him the opportunity to stand for the election and ensured victory for his mandate, the governor-elect thanked those who formed his governorship campaign team.

"I sincerely extend my sincere appreciation to my brother, the Right Honourable Speaker of the House of Representative, Barrister Yakubu Dogara and our father and elder statement, Alhaji Bello Kirfi and other statesmen, religious and community leaders who stood by us," he said.

Mr Muhammed also thanked the coalition of political parties that came together to support his candidacy.

"Most importantly I want to thank each and every of 2.4 million voters of Bauchi state for supporting us because this victory belongs to all of us. You have not only made Bauchi state proud but have restored state's political culture to highest state of integrity and credibility to our greater glory.

"Four years ago the citizens of Bauchi state accepted a clarion call with excitement and voted a government they believe will usher a new and radical beginning. This dream turned out a nightmare with the scandalous consequences leading majority of our people and children to doubt we will ever have a better future. As a matter of fact, it is the failure of the present administration to fulfil virtually all its electoral promises that boomerang to their rejection by the citizens of Bauchi state.

The governor-elect also promised to ensure the welfare of women and children which he said saving their lives remains close to his heart.

He said his incoming administration is determined to launch "a pro-business and pro-market, while agricultural and economic revolution within four years."

Transition and the Future

He said n the coming days and weeks, his team shall be engaged with officials of the outgoing government in what will "hopefully be a peaceful transition exercise."

"Once we have a clearer picture of the enormity of task of rebuilding our state, I shall be honest with you about the challenges we will face because I know the roads will be rough and tough. We are indeed at a historic crossroad.

He promised to engaged the best hands in the running of his administration whom he said he will hold responsible and accountable to my administration and the people of Bauchi state.

"In this task, I am delighted to have an able and tested senator as my partner (deputy governor), who has a distinguished record of service to our country and to Bauchi state. I am lucky to have him as a deputy governor. With him, Baba Tella, as a senator and me a senator, I think the leadership will not be bereft of ideas and capacity... We will lead our people with dignity; as the people have spoken and we have taken charge."

He started his formal primary and secondary education between 1965 and 1976 in Bauchi State.

He obtained Advanced Level Certificate at the North East College of Art and Science between and 1977 and 1979.

Mr. Muhammed obtained his Bachelor of Arts Degree in English Language at the University of Maiduguri in 1982.

He attended the Administrative Staff College of Nigeria (ASCON) in 1988 for a general management course. In 1997, he attended a capacity building training in Lagos and was given a certificate of the Institute of Purchase & Supplies.

He began his career as a journalist in the early 1980s and rose to the position of news editor of the Mirage Newspaper, Jos, between 1982 and 1983. He also had a stint as a news reporter with the News Agency of Nigeria, (NAN).

He held the position until 1999 when he was promoted Deputy Director/Special Assistant to the Minister, Federal Ministry of Transport.

Mr Mohammed was later promoted the position of Director of Administration, Nigerian Railway Corporations in 2003. Later in September that year, he became special assistant to the Minister of Aviation.

In January 2004, he became Director of Administration and Supplies, Nigerian Meteorological Agency.

In 2007, he joined politics and was elected as the Senator, Bauchi South District.

He occupied the seat until his appointment as the Minister of Federal Capital Territory in April 2010 and served until 2015.