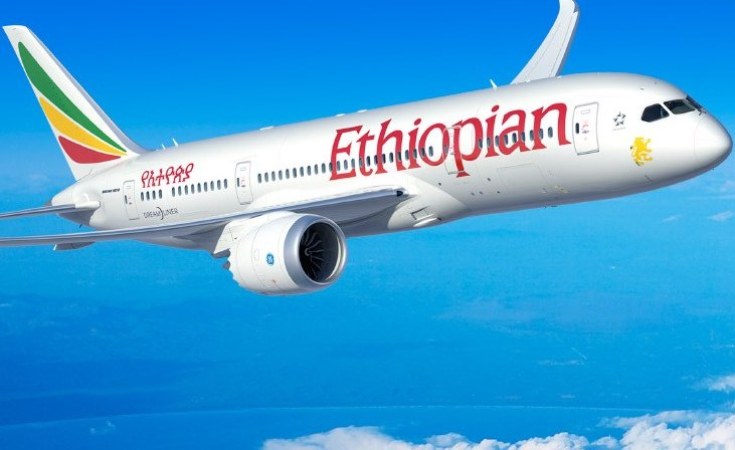 Windhoek — Africa's fastest growing airline, Ethiopian Airlines, has hit back at accusations by United States-based Washington Post, calling the newspaper's claims that two of the airline's pilots raised safety concerns two years before the March 10, 2019 crash that killed all 157 people on board, as baseless and factually incorrect. The newspaper last week reported that two Ethiopian Airlines pilots filed complaints in 2015 with the United States (US) Federal Aviation Administration (FAA) about allegedly flawed training programs and poor safety procedures at Ethiopian Airlines. The Washington Post journalist reportedly based the article on an FAA database. All countries and airlines in the world have since grounded the Boeing 737 MAX aircraft, which was involved in the crash following a similar incident in October last year.

"The 2015 complaints, filed before the MAX 8 was in use, are critical of training and pilot documentation on the 737 in use at the time, as well as two larger Boeing planes. They could also lead to renewed scrutiny of Ethiopian Airlines, a fast-growing international airline that has enjoyed a generally positive safety reputation in international aviation circles," read the Washington Post article.

However, in response, Ethiopian Airlines rubbished the accusations, saying all the allegations in the article are false defamations without any evidence, collected from unknown and unreliable sources and meant to divert attention from the global grounding of the B-737 MAX airplanes.

In a powerfully worded statement, Ethiopian Airlines said: "All concerned regulators, safety oversight authorities and other law enforcement agencies are conducting serious investigation on the design and certification of the B-737 MAX airplanes and we are waiting patiently for the result of these investigations. This being the fact, the subject article is trying to divert the main focus of the world to unrelated and factually incorrect allegations. We hereby demand the Washington Post to remove the article, apologize and correct the facts."

In the same statement, Ethiopian Airlines emphasised that it operates with one of the highest global standards of quality and safety performances certified by all national, regional and international regulators like the Ethiopian Civil Aviation Authority, the FAA, EASA, IOSA and ICAO and other national regulatory authorities. The airline also pointed out that it is one of the leading global airlines with a modern fleet, high standards of infrastructure, highly automated with the latest ICT and one of the most modern operating systems.

Ethiopian Airlines further pointed out that the airline has seven full flight simulators to train its pilots and other airlines pilots and has one of the largest and most modern aviation academies in the world complete with training devices and state-of-the-art technology.

"The airline has invested more than half a billion (US) dollars in infrastructure only in the last five years which is not common in a typical airline. Although the cause of the accident is yet to be known by the international investigation in progress, the entire world knows all B-737 MAX airplanes have been grounded since the tragic accident of ET 302/10 March. About 380 B-737 MAX airplanes are grounded all over the world including in the USA," read the Ethiopian Airlines statement.

Meanwhile, the International Air Transport Association (IATA) released data for 2018 safety performance of the commercial airline industry, which showed continuing safety improvements over the long-term although an increase in accidents was recorded over 2017.

IATA's 2018 figures indicated that the all accident rate (measured in accidents per 1 million flights) was 1.35, which was the equivalent of one accident for every 740 000 flights. This was an improvement over the all accident rate of 1.79 for the previous five-year period (2013-2017), but a decline compared to 2017's record performance of 1.11.

"Last year (2018) some 4.3 billion passengers flew safely on 46.1 million flights. 2018 was not the extraordinary year that 2017 was. However, flying is safe, and the data tell us that it is getting safer. For example, if safety in 2018 had remained at the same level as 2013, there would have been 109 accidents instead of 62; and there would have been 18 fatal accidents, instead of the 11 that actually occurred," said Alexandre de Juniac, IATA's Director General and CEO.

"Flying continues to be the safest form of long distance travel the world has ever known. Based on the data, on average, a passenger could take a flight every day for 241 years before experiencing an accident with one fatality on board. We remain committed to the goal of having every flight take-off and landing safely," said de Juniac.

Boeing, Ethiopian Airlines Will Continue to Be Linked Well Into the Future - CEO Tewolde

Boeing May Have Sold Unsafe Plane to Ethiopian Airlines - Lawyers
Tagged:
Copyright © 2019 New Era. All rights reserved. Distributed by AllAfrica Global Media (allAfrica.com). To contact the copyright holder directly for corrections — or for permission to republish or make other authorized use of this material, click here.