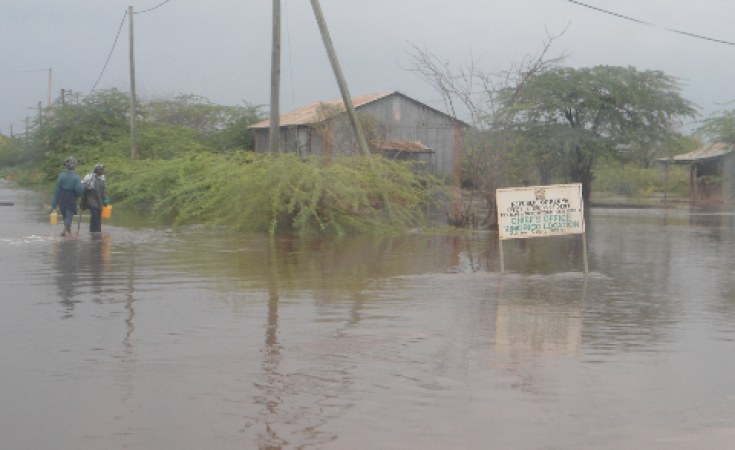 Recent heavy rains and strong wind has left many people hopeless with no idea how to start life all over.

The strong winds that preceded the rain that fell last Saturday, March 23, 2019 at dusk on the capital city, Yaounde ripped off the roof of a building under construction at the Mvan neighbourhood.

The wind carried away the board fence covering the said site. Assessment- destruction of several vehicles parked in the car park and two electricity poles as well as two people seriously injured. Both victims were taken to a local hospital by fire-fighters who arrived on the scene. The said roof finally settled along the main roadway blocking traffic for some time.

Last saturday's rain also caused similar damage in different neighbourhoods in Yaounde, including Cité-Verte and Montée Zoé. Denise Eyenga, a resident of "Montée Zoé" had to look for a place to spend the night.

She lost the roof of her house because of the heavy rain. These are not isolated cases as natural disasters continue to hit various communities in Cameroon with great impact on poor communities.

Recent reports indicate that the Minister of Territorial Administration, Paul Atanga Nji was in the Dja and Lobo Division of the South Region, precisely in Meyomessi Sub-Division following the damage caused by a violent storm on March 14, 2019 that swept roofs of homes, churches, schools and health centres, leaving occupants in tears.

Minister Paul Atanga Nji did not only visit the areas but also carried a message of comfort and donations from the President of the Republic. In fact, on that fateful day, some of the inhabitants in the South Region spent the night under the moon. Others were able to take refuge in their neighbours' homes.

This followed a violent storm that struck the Dja and Lobo Division in general, with significant damages in Meyomessi. Although no human life was lost after the natural disaster, there was significant damage. Many homes were destroyed.

Many hectares of plantations shattered, the roofs of a primary school and two rooms of the public nursery school in Meyomessi were also washed away as well as three churches, all destroyed by the violent storm.

A similar incident also affected the Obala High School in the Lekié Division of the Centre Region where some classes lost their roofs due to heavy rain on January 25, 2019. Some 21 of the 48 classrooms became roofless. The library's 1,200 books were damaged.

The computer room too did not escape the agony of the heavy rain. On February 12, 2019, Paul Atanga Nji, was on hand with assistance from the government to the victims. All of these are natural disasters, unforeseen events. The question that remains is who does what to ensure that victims effectively gain the support needed to reinstate their livelihood back to normal

Previous Story
Yaoundé Aims for Zero Floods By 2020, Thanks to Funding From the African Development Bank
Next Story

Yaoundé Aims for Zero Floods By 2020, Thanks to Funding From the African Development Bank 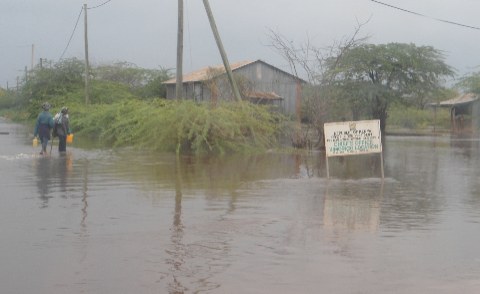 Floods Leave Thousands Homeless in Cameroon and Chad
Tagged:
Copyright © 2019 Cameroon Tribune. All rights reserved. Distributed by AllAfrica Global Media (allAfrica.com). To contact the copyright holder directly for corrections — or for permission to republish or make other authorized use of this material, click here.