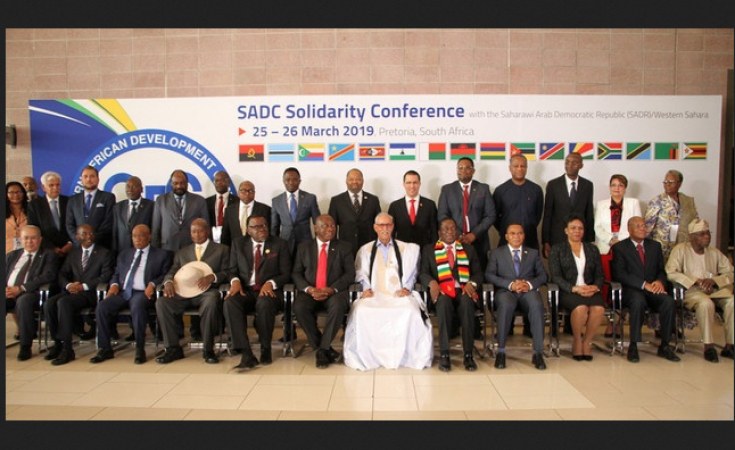 A large chunk of Sahrawi Arab Democratic Republic (SADR) territory has been under the control of Morocco since 1975, in violation of the principles of the Constitutive Act of the African Union (AU).

Addressing a SADC Summit on solidarity with Western Sahara on Tuesday in Pretoria, South Africa, the Angolan Vice President stressed the need to urgently complete the decolonisation process in Africa.

Bornito de Sousa encouraged the adoption of a Southern African Development Community (SADC) action plan to attract the involvement of Kingdom of Morocco in the legitimate authorities representing the people of Sahara.

The desired rapprochement between Morocco and the Saharawi authorities is aimed at implementing the UN and AU resolutions and deliberations on Western Sahara.

In his speech, the Vice President Bornito, who represents the Angolan Head of State João Lourenço, made reference to SADC's celebration of the Southern Africa Liberation Day on 23 March.

This is a date that marks the battle of Cuito Cuanavale, which culminated in the independence of Zimbabwe, Namibia, the release of Nelson Mandela and the end of Apartheid (racial segregation regime) in South Africa.

Bornito de Sousa said that Angola can't remain impassive as the country is aware of the prevailing situation in the territory of the former Spanish colony (Western Sahara).

Since Sunday in South Africa, the Vice President of the Republic said that the violation of independence, sovereignty, unity of state, democracy and international law must concern the nations.

Addressing the representatives of the member countries of SADC, SADR and guests, Bornito de Sousa said that the dream of an independent, united and cooperative Africa has prompted the "fathers of independence on the continent" and brave fighters.

The Vice President expressed his solidarity with the peoples and governments of the Republics of Mozambique, Zimbabwe and Malawi victims of cyclone Idai.