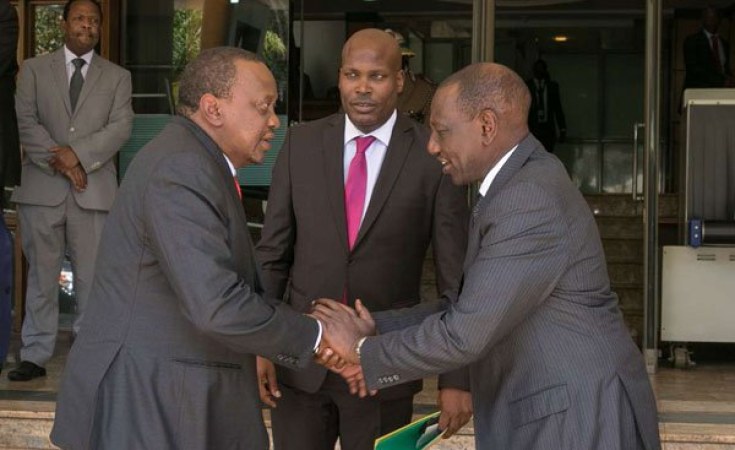 Nairobi — Members of Parliament allied to Deputy President William Ruto have told off Siaya Senator James Orengo and his party over his plot to sponsor an impeachment motion against the DP.

"We saw this coming and we have been saying it repeatedly. Some people came to us in the name of handshake, yet they had other hidden agenda; so, we already know that it is not Orengo who is speaking but Raila Odinga; he is using him to destroy our beautiful home called Jubilee and I want to warn him that his intentions will not succeed under our watch," Nyoro said.

"We want to tell you that we are so ready for your so- called impeachment motion; bring it on because we are ready to stand with Ruto; if you have not been able to bring together your ODM house, then wait for us in 2022 but do not try to destroy the Jubilee Party," Robi said.

His sentiments were echoed by MP Osoro who reminded Orengo that he once tried to overthrow the government of Mzee Jomo Kenyatta as a student leader but failed.

"If you think you will occupy Ruto's position by creating and fabricating stories about him I want to tell you to forget because you do not become a great politician by defaming your colleague but by presenting yourself to the citizens; we know you are jealous of how the deputy president has risen in his political career so accept that he is the deputy and he will soon be the President of this Republic," said Osoro.

Laikipia Woman Representative Catherine Waruguru asked leaders rooting for Ruto's impeachment which the authors say is pegged on his association to corruption, to provide solid evidence and follow the law.

Meanwhile, President Uhuru Kenyatta on Tuesday visited his Deputy Ruto at the Harambee Annex office in Nairobi for talks.

Kenyatta is said to have casually walked there after an event at KICC.

The meeting is seen as a move to bolster confidence among Jubilee Party supporters amid growing concerns of a fall-out over 2022 succession politics.

Kenya's Odinga Says His Party is Undivided
Tagged:
Copyright © 2019 Capital FM. All rights reserved. Distributed by AllAfrica Global Media (allAfrica.com). To contact the copyright holder directly for corrections — or for permission to republish or make other authorized use of this material, click here.