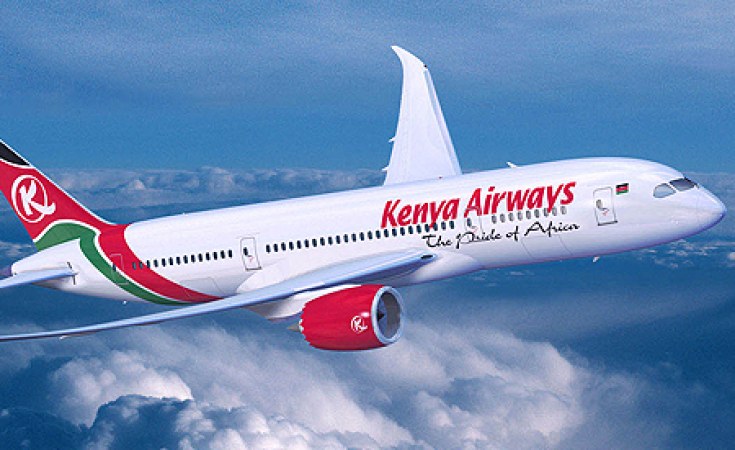 Kenya Airways will not cancel its orders for the Boeing 737-800 Max jets that have been grounded globally after suffering two fatal crashes in five months, chairman Michael Joseph has said.

The national carrier is planning to order up to 10 of the planes worth an estimated Sh120 billion ($1.2 billion).

"The only option that we have planned for is the Boeing 737-800 Max because this will make it easier for us to conduct training and maintenance of the aircraft," said Mr Joseph in an interview with the Nation.

"We hope that between now and the time when we are ready to acquire the new fleet, Boeing will have solved the current problem," he added.

The US aviation giant has been racing to fix a software problem suspected to be the cause of the two crashes that killed 157 people in the Ethiopian Airlines accident this month and 189 people in an Indonesian carrier Lion Air crash five months ago. 36 of those killed in the Ethiopian crash were Kenyans.

Preliminary investigations have pointed to similarities in the circumstances surrounding the two crashes.

The safety concerns have put at stake global orders for the plane worth about Sh5.7 trillion ($57 billion).

Kenya Airways (KQ) has the option of buying more of the older 737-800 version of the Boeing aircraft that does not feature the suspect software, but this could see it lose the fuel efficiency associated with the new jet.

Alternatively, KQ could switch to Airbus, but this would come with additional training costs for its pilots, crew and engineers.

The cash-strapped national carrier has plans to get rid of its two Boeing 737-700 jets before the end of the year.

Mr Joseph says maintaining the same fleet of Boeing jets is the most cost-efficient option for the national carrier, but that will depend on the manufacturer's ability to fix safety concerns around the new 737-800 Max series.

The Boeing 737-800 Max jets were grounded across the world following the two air crashes.

Kenya Airways does not have the Boeing 737-800 Max on its fleet and is yet to make any firm orders.

The plane has been credited for fuel efficiency and has been one of Boeing's best-selling jets having delivered over 370 aircraft since 2017, with about 5,000 placed orders.

KQ currently has a fleet of 40 planes, being a mixture of Boeing jets and the Brazilian-made Embraer 190.

The aircraft comprise 20 that the national carrier fully owns and another 20 leased from other companies.

The national carrier has leased three of the Boeing 777-300ER to Turkish Airlines while a Boeing 787 Dreamliner has been leased to Oman Air where KQ earns lease rental income from the arrangement.

Shareholding changes effected in 2017 handed the government an almost 50 percent ownership of KQ, with Air France-KLM Group, commercial banks and individual investors holding the other shares.

While not completely ruling out the Airbus switch, Mr Joseph said the ideal situation would be to have aircraft from one manufacturer to make it cheaper to maintain the fleet.

He said having more than three types of aircraft from different manufacturers will raise training and maintenance costs.

The fatal Boeing 737-800 Max crashes have been attributed to faulty sensors, which send wrong information to the aircraft's computer.

The Angle of Attack (AOA) sensors are said to send incorrect information to the plane's computers about the position of the plane's nose relative to the air flow over and under its wings, which determine whether the plane is about to stall.

Software installed on Boeing's 737 Max 8 planes, called the Manoeuvring Characteristics Augmentation System (MCAS), automatically lowers the nose of the plane when it receives information from the AOA sensors that the aircraft is flying too slowly or steeply, and is at risk of stalling.

Ethiopian Airlines is the only carrier in the region with this type of aircraft.

Families Want Boeing to Account For Ethiopia Air Crash
Tagged:
Copyright © 2019 The Nation. All rights reserved. Distributed by AllAfrica Global Media (allAfrica.com). To contact the copyright holder directly for corrections — or for permission to republish or make other authorized use of this material, click here.