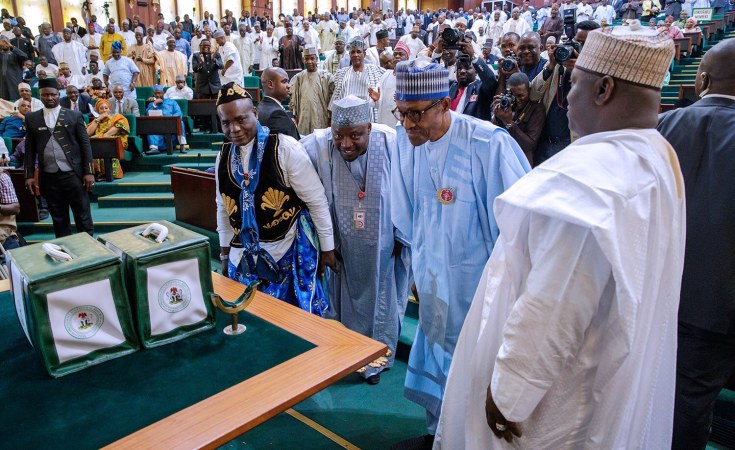 The Federal Airport Authority of Nigeria (FAAN) has proposed a total budget of N101.6 billion for 2019.

The Managing Director, Saleh Dunoma, made the disclosure while defending the 2019 budget proposals of the agency before the House of Representatives Committee on Aviation on Wednesday in Abuja.

"This is in anticipation of increase in passenger traffic as well as boost in the non-aeronautical revenue base of the Authority as already highlighted in the 2018 budget performance.

"The Authority is also proposing a Total Recurrent Expenditure of N58.44 billion with N34.72 billion as Personnel Costs and other related costs, N23.72 billion as overhead costs for 2019

Mr Donuma said that the 6.2 per cent increase in capital expenditure between 2018 and 2019 is largely as a result of "Planned improvement in Infrastructural development across the airports and efforts in certification with Port Harcourt and Kano international airports in view for the year 2019'.

"The provisional estimate of N25.42 billion which is 25 per cent of the total revenue is set aside against which the authority will be making quarterly interim remittances pending the audit of financial statements in determining the final operating surplus as stipulated by the Fiscal Responsibility Act."

The official asked the committee to pass the budget and also assist them in recovering most debts owed the agency by various aviation organisations.

According to him, "we have made a presentation of our performance on the 2018 budget and of course our proposals for the 2019 appropriation budget, which we submitted to the House Committee on Aviation for their consideration and approval".

"This has been accepted and we are waiting for further direction.

"We pray that the committee will approve the budget and secondly, we want them to assist us to collect our debts from other organisations," he said.

Similarly, the Nigerian College of Aviation Technology (NCAT), Zaria, Kaduna State also projected its 2019 budget to be a total of N4.78 billion.

The Rector and Chief Executive of the College, Mohammed Abdulsalami, while making the presentation at the House of Representatives Committee on Aviation said N3 billion has been projected as Internally Generated Revenue (IGR).

He said that the figure represented 10.5 per cent reduction in budgetary provision when compared to N3.36 billion appropriated in 2018.

"In 2019, the college is proposing a budget of N4.78 billion comprising N1.78 billion for Personnel Cost, N243.40 billion, for Overhead Cost and N2.76 billion for Capital Expenditure.

"This represents a 24 per crnt reduction in budgetary envelope when compared to the sum of N6.28 billion appropriated in 2018.

"In 2019, the College is proposing an IGR of N3 billion comprising N2.85 billion for Overhead Cost and N150 million for replacement of insured assets.

This represents a 10.5 per cent reduction in budgetary provision when compared to the sum of N3.36 billion appropriated in 2018."

In her remarks, the Chairman of the Committee, Nkiru Onyejiocha, charged the agencies and parastatals in the Aviation sector to ensure that all monetary reports were harmonised and presented to the Committee for proper documentation.

"We want to see everything in black and white. This 8th assembly is winding down and we will want to give a handover note to others.

"We are trying to live up to the next level agenda of this government," she said. (NAN)

Nigerian Senate Hikes, Passes 2019 Budget
Tagged:
Copyright © 2019 Premium Times. All rights reserved. Distributed by AllAfrica Global Media (allAfrica.com). To contact the copyright holder directly for corrections — or for permission to republish or make other authorized use of this material, click here.