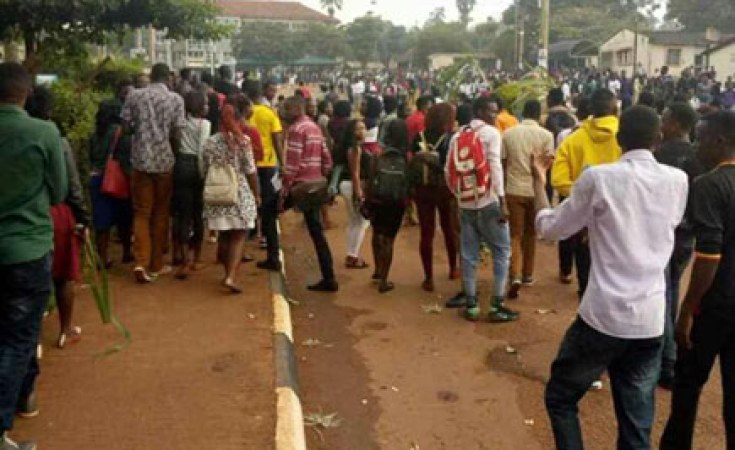 Business in and around Kyambogo university premises was paralysed as police fired teargas to disperse students who were striking over what they described as an unfair fees policy.

The students on Thursday went on strike protesting a policy that requires them to have cleared tuition by the 12th week of the semester or risk an automatic temporary withdrawal (dead semester).

A circular from the university bursar, a copy of which was seen by Daily Monitor advised the students to pay tuition within the first six weeks of the semester, that's between January 7 and February 17, 2019

"Any student who will not have fully paid by the above date will be levied a surcharge of Shs5,000 in addition to the required fees in which case, all outstanding fees shall be settled by the 12th week, that's, March 31, 2019. Any student who shall not have paid all the required fees within the university schedule above, shall automatically be considered for a temporary withdrawal (dead semester)," reads part of the circular dated February 13.

The university management further say that no student shall registered by the office of the Academic Registrar, unless he or she has paid all the university fees.

However, the students say the time given is too short for them to meet their fees' obligations.

All roads leading to and from the university were closed by security personnel who had been deployed to calm the situation.

Small businesses and shops around the university and Banda trading centre were closed as some operators feared losing their merchandise to the rowdy students while others were overwhelmed by teargas.

Graphic photos of a man, said to be a student with a shattered hand have been making rounds on social media with some claiming that he was shot as police tried to disperse the protestors.

Other reports indicated that the man believed to be a student was injured by an explosion from a teargas canister that he tried to throw back at police officers who had fired it.

Students told this reporter that he was rushed to Nsambya Hospital for medical attention.

We could not independently verify this information by the time of filing this story. 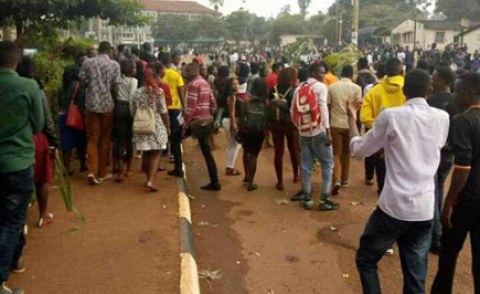 Shots Fired at Ugandan University as Students, Police Clash
Tagged:
Copyright © 2019 The Monitor. All rights reserved. Distributed by AllAfrica Global Media (allAfrica.com). To contact the copyright holder directly for corrections — or for permission to republish or make other authorized use of this material, click here.