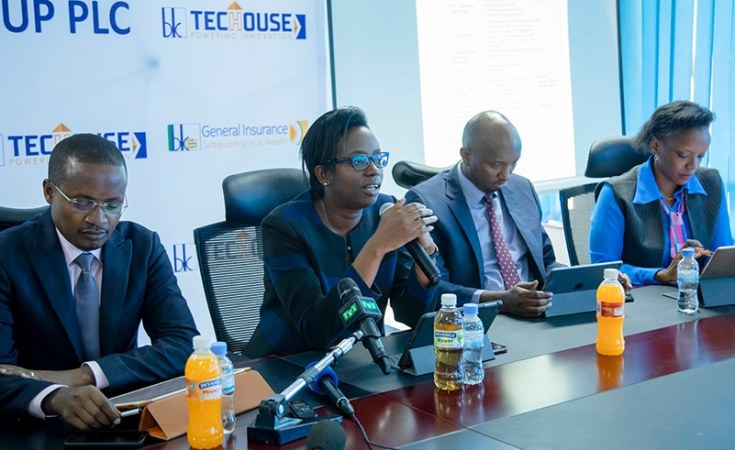 BK Group is on course to become one of the first Rwandan firms to hit the $1 billion valuation mark, which could raise investor confidence in Rwanda's largest lender by market share and profitability.

The group which has four subsidiaries, a bank, an ICT firm, an insurance and an investment firm is currently valued at $983.6 million with returns of the first quarter set to put it above the billion dollar valuation. The group's assets grew by 20 per cent in 2018.

The group's Chief Executive Diane Karusisi said that given the rate of growth and market trends, the group is set to hit the $1 billion mark by the end of the first quarter of 2018.

Karusisi said that the growth was largely driven by the banking and insurance arms.

Its loans grew by 20 per cent Rwf568.1 billion, putting it ahead of its competitors with a 31 per cent market share. The majority of the loans 77 per cent went to corporate clients with retail clients taking 14 per cent.

The group's insurance arm, BK insurance grew its market share to 14 per cent and recorded an after tax profit of Rwf884.3 million up from about Rwf300 million in the previous year. The arm is projecting profits of about Rwf1.2 billion this year.

For their group's shareholders, they performance guarantee's them 40 per cent of profits, about Rwf10.9 billion. The pay-out will be Rwf12.2 per share.

In raising the profits, the group's operating cost went up by about 20 per cent to Rwf50 billion, which officials say was a result of one off costs incurred in upgrades of systems, trainings among others.

BK head office in Kigali. The lender registered an after tax profit of Rwf27.4 billion in 2018. Emmanuel Kwizera.

The group is likely to experience continued growth considering that they have access to more capital following the cross listing in the Nairobi Securities exchange last year.

Vincent Gatete, the Chief Commercial Officer, said that among the potential drivers of growth this year is a review of lending terms to increase the limit of unsecured loans to Rwf30 million from the current Rwf10 million.

The Bank has also decentralized its loans procedures as well as reduce the application time from 168 hours to 48 hours.

This year, the group will also expand investments in large projects such as government infrastructure projects.

Nathalie Mpaka, the group's Chief Finance Officer, said that they will spend around Rwf200 billion on such projects.

Among the public sector projects to benefit from the lending include the Water and Sanitation Corporations move to install and rollout smart water meters, Dr. Karusisi said.

Other large projects are in the areas of energy, manufacturing, infrastructure and trade among others.

Rwanda Revenue Authority will take tax receipts of Rwf15.2 billion up from Rwf10.8 billion in 2017, representing an income tax expense ratio of 40 per cent from BK.

Given that the bank will now have access to cheaper capital following the cross listing, projections for 2019 growth are in the range of 30 per cent growth.

BK Group this month unveiled its fourth subsidiary BK Capital on the local market to offer advisory and investment services. The new portfolio offers services such as investment and wealth management, corporate finance and advisory services brokering of capital markets instruments - bonds and equities as well as pension fund's administration. 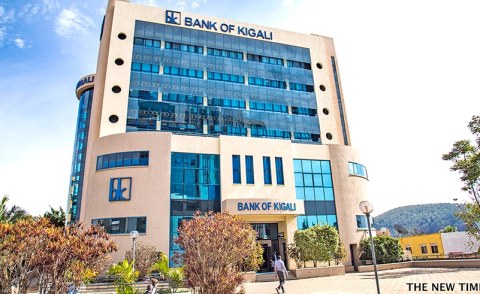 Rwandans Can Now Access Loans Easily as Bank of Kigali Loosens Up
Tagged:
Copyright © 2019 The New Times. All rights reserved. Distributed by AllAfrica Global Media (allAfrica.com). To contact the copyright holder directly for corrections — or for permission to republish or make other authorized use of this material, click here.