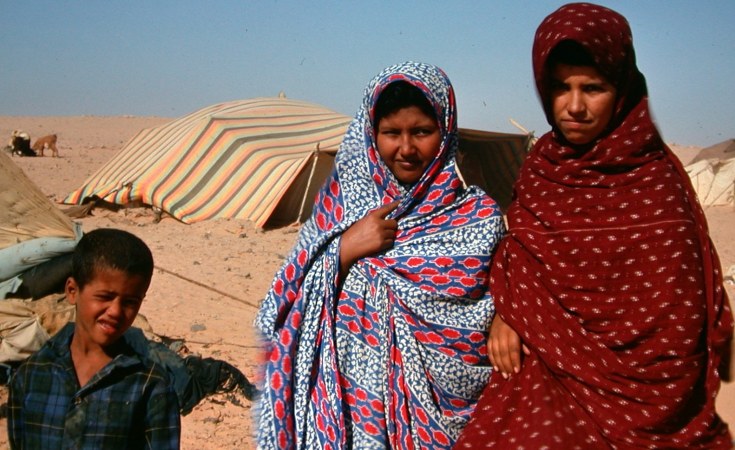 The message from the recent solidarity conference on Western Sahara was bold and clear: Southern Africa stands in solidarity with the Sahrawi people to attain their right to freedom and self-determination.

"Freedom is not a gift to the people of Western Sahara," Chairperson of the Southern African Development Community (SADC), President Hage Geingob of Namibia said in his address to the SADC Solidarity Conference with the Saharawi Arab Democratic Republic held on 25-26 March in Pretoria, South Africa.

"No one can bestow freedom on the Sahrawi people, for freedom is their birth right, which no one can keep from them and which they must claim as their own."

Geingob said it is still a mystery that Western Sahara remains the only territory in Africa under colonial occupation and oppression.

Western Sahara is under Moroccan occupation despite several declarations by regional, continental and international bodies such as the United Nations for Western Sahara to take charge of its internal processes.

Geingob also said it is difficult to understand why some African countries are content and supportive of the colonial occupation and oppression of Western Sahara.

"I am aware of growing divisions on our continent on this issue regarding Western Sahara," Geingob said, adding that the division is being employed by the same countries which oppressed Africa in the past, hence the continent should be wary of such deceptive forces.

For example, in opposition to the SADC Solidarity Conference with the Saharawi Arab Democratic Republic held in South Africa, there was a parallel meeting being held in Morocco.

Some countries from SADC are understood to have attended the parallel meeting in Morocco.

"We should therefore ask ourselves. Are we, as SADC, united in support of the Saharawi people in their fight for freedom and self-determination or do we need a new approach?" Geingob asked.

He said the decolonization of Africa will not be complete until the day the people of Western Sahara decide the fate of their future status, through a free and fair referendum.

In fact, Africa's longstanding vision of a united and prosperous continent will remain elusive if Africa does not enjoy total freedom.

"The prolonged impasse on the Western Sahara issue will have grave consequences on the functioning of our African Union," he said, adding that "we can only move forward when freedom is guaranteed to all our citizens."

Geingob urged the international community to continue to support efforts aimed at resolving "the question of Western Sahara," so that its citizens are able to determine their own destiny.

"As countries of the SADC region who have waged struggles in pursuit of our own liberation, we know too well the pain of being deprived of the right to be treated as full citizens in the land of one's birth," Ramaphosa said.

"The pain of the Saharawi people, their trauma brought about by displacement and exile, is ours too."

He said SADC also supports ongoing efforts by the United Nations to resolve any political challenges between Morocco and the Western Sahara.

In a declaration released soon after the solidarity conference, SADC expressed its unwavering commitment to stand in solidarity with the people of Western Sahara to attain their right to freedom and self-determination.

SADC said while negotiations between Morocco and Western Sahara continue, there is need for external forces to refrain from exploiting natural resources from Western Sahara as this violated international laws and in the long term will have a negative bearing towards the development and potential of Western Sahara.

Another key resolution made the conference is that the issue on Western Sahara should be a feature at all AU meetings with a progress report presented at the Heads of State and Government Summit.

The SADC Solidarity Conference with the Saharawi Arab Democratic Republic held in March was the first of its kind in the region, and signified the growing call for global unity to ensure the right to freedom and self-determination of the people of the Western Sahara.

The conflict between Morocco and Western Sahara came after the revolt by the Polisario Front against Spanish forces who were occupying their land from the period 1973 to 1975.

The Polisario Front is a national movement fighting for the total independence of Western Sahara.

After the withdrawal of Spanish forces in accordance with the Madrid Accords in 1975, Morocco and Mauritania moved in to occupy the territory of Western Sahara. This led to a 16-year war of independence by the Polisario Front against Morocco.

In August 1979, Mauritania withdrew from Western Sahara after a peace agreement with the Polisario Front.

The war came to an end in 1991 after the intervention of the UN with a promise of a referendum to determine the independence of Western Sahara. However, since then, the referendum is yet to be conducted and Morocco continues to occupy Western Sahara. sardc.net

Why Western Sahara Remains One of Africa's Most Divisive Political Issues

SADC Wants Africa to Call the Shots On Western Sahara