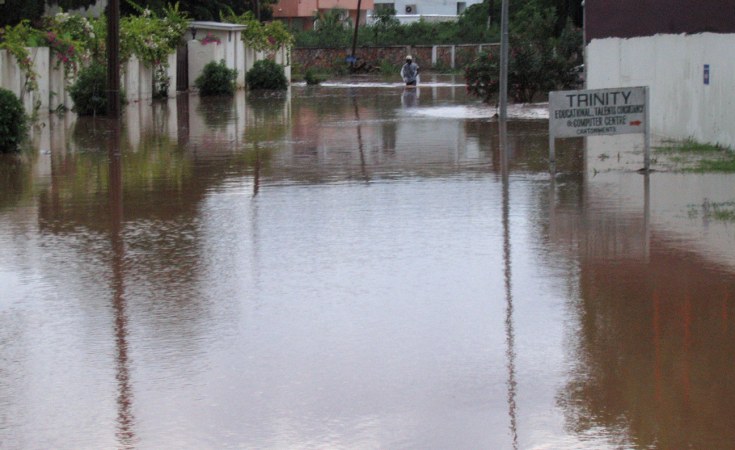 Dakar — The West African country on Thursday became the second in the region after Senegal to launch a plan to help its capital city, Accra, grow safely as part of the 100 Resilient Cities global network

Ghana plans to replace its polluting "trotro" buses and formalise waste collection in slums as part of a new plan to help its crowded capital withstand climate change and disasters.

The West African country on Thursday became the second in the region after Senegal to launch a plan to help its capital city, Accra, grow safely as part of the 100 Resilient Cities global network.

"We hope that this will go a long way to help other cities in Africa," said Accra's Chief Resilience Officer James Mensah, who created the plan with the city council in response to frequent floods, fires, building collapse and disease outbreaks.

Greater Accra, home to about 4 million people, is built on an eroding coast. More than half the population live in informal housing that coexists with skyscrapers in the beachfront city.

One of the city's 27 initiatives aims to reduce flooding by improving waste management. Rubbish in the slums and markets is collected informally on tricycle carts known as "Borla taxis" since the paths are too small for city trucks to navigate.

But the Borla taxi drivers typically dump the waste by the side of the road, since the disposal site is far. It then clogs the gutters and blocks drainage when it rains, and the floods raise the risk of water-borne diseases, Mensah said.

"We went into the field and interacted with the people, the residents, and they told us exactly what we can do to deal with this situation," he told the Thomson Reuters Foundation.

The solution, already underway, is to register the Borla taxi drivers with the city and create micro-dumping stations where they can drop off waste for trucks to pick up.

In another initiative, the city plans to group together owners of minibuses used as shared taxis, called "trotro", and give them funding to buy larger and more fuel-efficient vehicles, Mensah said.

The 100 Resilient Cities network, backed by the Rockefeller Foundation, was created in 2013 and supports cities around the world to hire a Chief Resilience Officer and create a plan.

But financing and implementing the projects is where it may fall short, said Arabella Fraser, a research fellow in urban resilience at the University of Nottingham.

"They've done huge amounts of work, really good pioneering work ... but then it's getting those strategies in action that is the major challenge," she told the Thomson Reuters Foundation.

We Need More Climate Resilient Infrastructure - World Bank
Tagged:
Copyright © 2019 Thomson Reuters Foundation. All rights reserved. Distributed by AllAfrica Global Media (allAfrica.com). To contact the copyright holder directly for corrections — or for permission to republish or make other authorized use of this material, click here.

How Can Nigeria Fix the Legacy of Colonial Violence? #EndSARS
Agribusiness