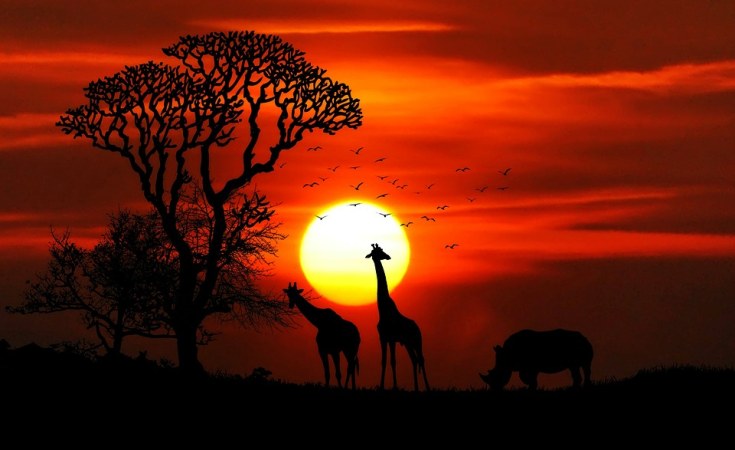 AS Tanzania plans to take vital steps to address boundary challenges in conserved areas, it is claimed that an increase in human activities around one of Africa's most iconic ecosystems, the Serengeti, is squeezing the wildlife in its core.

A research carried out by the University of Groningen with collaborators from 11 institutions around the world, a look at 40 years of data revealed that some boundary areas have seen a 400 per cent increase in human population over the past decade while larger wildlife species population in key areas (the Kenyan side) was reduced by more than 75 per cent.

Presenting the findings at the headquarters of Tanzania Wildlife Research Institute (TAWIRI) here, one of the lead researchers, Professor Han Olff said that an increase in human activities around and in Serengeti National Park and Maasai Mara National Reserve are having a detrimental impact on plants, animals and soils.

The Serengeti-Mara ecosystem is one of the largest and most protected ecosystems on Earth, spanning 40,000 square kilometres. Every year, a million wildebeest, half a million gazelle and 200,000 zebra migrate from the Serengeti park in Tanzania to the Maasai Mara reserve in Kenya, searching for water and grazing land.

Fencing PAs as form of 'land sparing' from intensively used surrounding areas can solve some human-wildlife conflicts but also prevents beneficial temporary use of areas outside the reserve by wildlife and requires intensive management that can be too costly for large reserves in developing countries.

"An alternative strategy involves 'land sharing', which promotes the coexistence of humans and wildlife, especially in buffer zones. Most of earth's PAs are not fenced, raising the question of whether anthropogenic activities at the edges are increasingly compromising the ecological processes in the core," Professor Olff unveiled of the findings of the researchers.

As the way forward, the scholars said that for relatively intact and contiguous ecosystem such as the Greater Serengeti- Mara Ecosystem (GSME), sustainable long-term solutions are likely to be found in ambitious land use plans that actively manage resources beyond PA boundaries.

"Strategies where humans and wildlife share landscapes under conditions established and enforced by the mutual agreement of local people and regional or national governments are likely the way forward.

This will require continually monitoring both ecological integrity and social trends in the surroundings of PAs. "This requires building more trust with local communities that they will keep sharing in the benefits of natural resource conservation, and ensuring that livestock numbers, settlement and cropland do not go beyond a point where they impair the key structure and functioning of the underlying sociological system," they said.

Professor Olff said that having finished their study and presented the findings, they were ready to offer advice so that GSME does not collapse, because by now increase of human activities sees less green grass, storage of soil carbon, microorganisms, a situation he said would not even benefit the people living in the areas.

The Director of TAWIRI, Dr Simon Mduma said the results have come at the right time, as the Tanzanian government is taking important steps to address the protected areas boundary issues on a national level.

"This paper provides important scientific evidence of the far-ranging consequences of the increased human pressures around the Serengeti-Mara ecosystem, information that is now urgently needed by policymakers and politicians.

Spokesperson of the Ministry of Natural Resources and Tourism, Ms Doreen Makaya, said with the goodwill of President John Magufuli about people settling in protected areas, she was hopeful the sectoral team that is going on with its work, would at the end identify areas where people could settle while others might be given an alternative land, if they are settling in a dangerous area within PAs.

TAWIRI Spokesperson, Dr Janemary Ntalwila said it was pertinent to raise awareness among communities around the ecological areas, specifically GSME, adding that if wildlife decreases in Serengeti, it would mean reduction in tourism activities and revenue to the government.

She called on those who need research findings to follow procedures, get them and use them in conservation.

Previous Story
Why Some Wildlife Species May Perish
Next Story

Why Some Wildlife Species May Perish

Previous Story
Tagged:
Copyright © 2019 Tanzania Daily News. All rights reserved. Distributed by AllAfrica Global Media (allAfrica.com). To contact the copyright holder directly for corrections — or for permission to republish or make other authorized use of this material, click here.