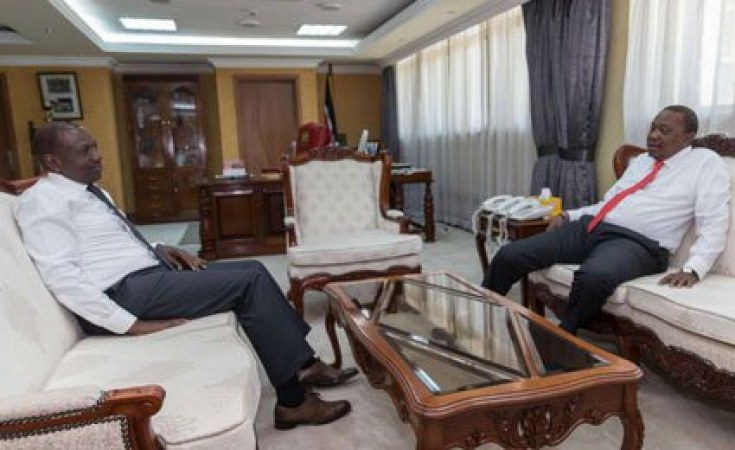 A team of lawmakers opposed to Deputy President William Ruto, who are drawn from the ruling party and opposition, on Sunday continued piling pressure on the government to arrest top officials linked to corruption scandals.

The group said it shall crisscross the country mounting pressure on the government to arrest and prosecute any leader linked to corruption regardless of their social status and their positions.

Led by former Jubilee Party vice-chairperson David Murathe, the team camped in Murang'a where they attended service at the Gatanga Catholic Church and later held a rally at the Gatura shopping centre.

Mr Murathe said the time has come for everyone linked to corruption to have a date with the courts.

Citing the conviction of South Korea's former president, the former Jubilee Party official, who is an avowed opponent of Mr Ruto's 2022 presidential bid, said no one should be spared if they have been linked to corruption.

"We have witnessed former presidents in Korea and other countries being arrested and charged in court over corruption and Deputy President William Ruto is not indispensable," he said.

Mr Murathe claimed he had talked with President Uhuru Kenyatta who assured him that action will be taken soon.

"I asked the President on when he shall take action and he promised that it is just a matter of time before he cracks the whip," he claimed.

The over 20 leaders who were hosted by Gatanga MP Nduati Ngugi accused those opposed to handshake with opposition figure Raila Odinga of desperate attempts to scuttle the newfound unity.

They said those opposed to Mr Kenyatta-Odinga truce are also against the fight against corruption because they are implicated.

"If you see the dog bark look for the owner. The motion by Ndindi Nyoro is meant to curtail powers of DCI, EACC and DPP (Director of Public Prosecutions) to fight corruption," Jubilee's nominated MP Maina Kamanda said.

Ruaraka MP Kajwang said they will oppose the motion and any effort meant to frustrate the anti-graft purge.

Kathiani MP Mbui said the President should name the corrupt in his government during the State of the Nation address on Thursday.

What Kenyatta Said During His State of the Nation Address
Tagged:
Copyright © 2019 The Nation. All rights reserved. Distributed by AllAfrica Global Media (allAfrica.com). To contact the copyright holder directly for corrections — or for permission to republish or make other authorized use of this material, click here.