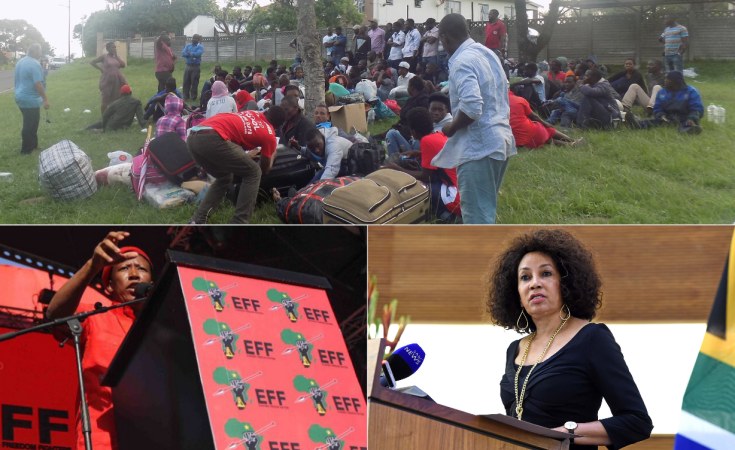 EFF leader Julius Malema denounced xenophobic attacks against Africans during a party rally in Rustenburg in the North West on Sunday.

Malema reiterated his call for all Africans to unite and said those who are xenophobic and disagreed with the party could 'keep their votes'.

He was referring to a recent spate of xenophobic attacks in KwaZulu-Natal which saw two people fatally wounded.

"We saw people in Durban beating up Africans.... They hit them, some died [at] the hands of black people. We know you say they take your jobs and open spaza shops. You call them all sorts of names. Those people are ... are Africans like you," he said.

He urged supporters to love other Africans as they love themselves.

"It's the white people who are hiring Zimbabweans and paying them low wages. These boarders were not created by us. Africa is not a continent, Africa is a country. From Cairo to Cape Town, Madagascar to Morocco. There is no way you can say another African is lost in Africa," he said.

Malema then warned supporters to refrain from attacking foreign nationals.

"If you say you are not going to vote for EFF because we say you must love Africans, you can keep your vote. We don't want votes from people who are xenophobic.... Without the unity of Africa we will be exploited forever, by Europe, by America and now by China."

On Tuesday night, local residents raided the homes of foreign nationals, forcing them to seek refuge at nearby police stations and mosques, News24 reported.

Sydenham police station housed more than 100 people displaced from their homes.On Wednesday morning, 20 people sought shelter from a mosque in Crescent Street in Overport, Durban, after they were attacked at Jadhu Place informal settlement in Springfield Park. 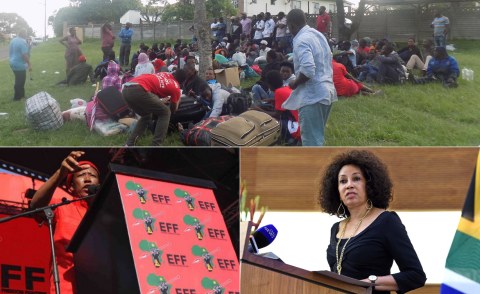 Malawians, Zimbabweans Robbed, Sleeping Outside in South Africa
Tagged:
Copyright © 2019 News24Wire. All rights reserved. Distributed by AllAfrica Global Media (allAfrica.com). To contact the copyright holder directly for corrections — or for permission to republish or make other authorized use of this material, click here.