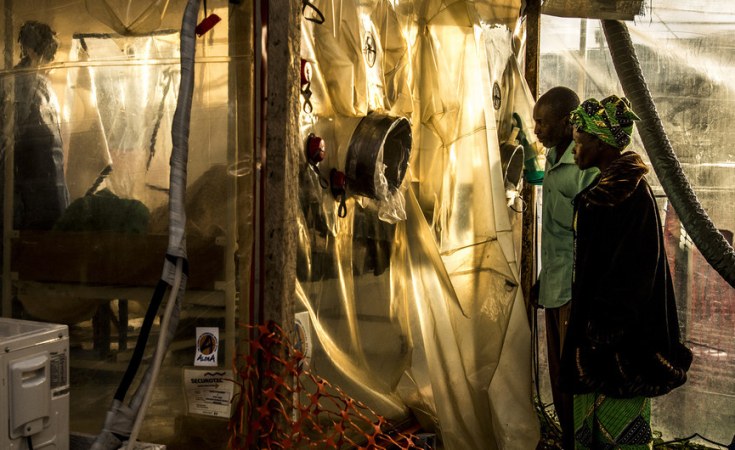 A rise in new cases of deadly Ebola virus disease in eastern Democratic Republic of the Congo (DRC) has been announced, while authorities say that progress is being made in accessing communities that have been wary of outside help, the UN World Health Organization (WHO) said on Friday.

Latest data from 26 March, indicates a total of 1,029 confirmed and probable cases of Ebola, while 642 people have died, making the latest outbreak of the deadly haemorrhagic fever, which is endemic in the DRC, the worst in the country's history.

More than 320 patients have recovered and been discharged from treatment centres, according to the Government's health ministry, which says that 125 new cases of infection were reported from 51 health areas in North Kivu and Ituri provinces in the past week.

Most patients came from the known virus hotspots of Katwa (36 cases) and Butembo (14), along with three emerging clusters in Mandima (19), Masereka (18) and Vuhovi (17).

All new cases have been linked to known chains of transmission, indicating that contact tracing, vaccination and isolation of carriers for treatment is working, said WHO.

"No major security incidents" have been reported in the last 10 days but the overall situation remains "fragile", WHO says - a reference to several recent attacks on Ebola Treatment Centres by armed groups.

Attacks on Ebola Treatment Centres in Katwa and Butembo "represented the first large-scale and organized attacks targeted directly at the Ebola response", WHO said in a statement, describing them as "a different order of magnitude" to incidents linked to mistrust in communities, or "dangers of being caught in crossfire between fighting parties".

In its latest risk assessment of the outbreak, the UN health agency concluded that the national and regional risk levels are still "very high", although the global risk remains low.

WHO insisted, meanwhile, that efforts to encourage communities to participate more in countering Ebola, had been successful.

Progress is being made in Mandima, Masereka and Vuhovi, where aid teams have regained access, despite sporadic violence from armed groups and mistrust in some affected communities.

In Butembo and Katwa this week, more than 4,000 households have been visited by community health volunteers and Red Cross volunteers.

Nine community committees have also been set up this week to encourage better communication between healthcare workers and the local population, WHO said.

Special discussion groups have also been held in communities where tackling Ebola has proved most challenging, with youth leaders, women's associations, traditional practitioners and healthcare providers.

This week's Ebola update from the authorities in DRC highlights just how dangerous the outbreak is, in view of its 62 per cent fatality rate.

Number of Ebola Cases on the Rise in DR Congo
Tagged:
Copyright © 2019 UN News Service. All rights reserved. Distributed by AllAfrica Global Media (allAfrica.com). To contact the copyright holder directly for corrections — or for permission to republish or make other authorized use of this material, click here.