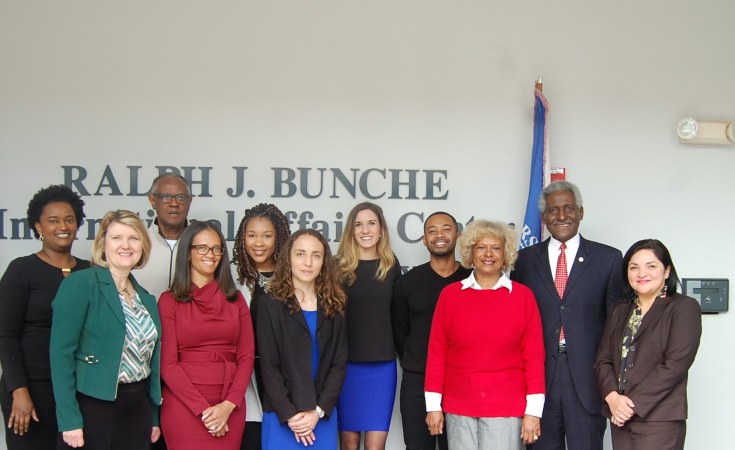 The Africa Society of the National Summit on Africa announces the selection of eight graduate students to serve as Africa Society Fellows in advance of the Democratic Republic of Congo's newly elected President, Felix Tshisekedi's first trip to Washington on April 3.

The Democratic Republic of Congo's vital role within the East and Central African region and the continent of Africa in addition to its partnership to the United States warrants significant emphasis.

The Fellows will work closely with The Africa Society leadership and members of the African Diaspora to examine foreign policy and to produce a series of scholarly documents and presentations resulting in greater mutual understanding between citizens of the United States of America and the Democratic Republic of the Congo (DRC).

Patricia Baine, President of The Africa Society, will serve as project manager and the Fellowship coordinator.  Providing the Fellows consultations and subject matter expertise will be Ambassador Pamela E. Bridgewater (ret.), The Africa Society Board Chair and CEO, and former US Ambassador to the Republic of Ghana, the Republic of Benin, and Jamaica, and former Deputy Assistant Secretary for Africa. The Fellows will be further supported by academic experts from their respective institutions.

The Africa Society, whose mission is, to educate and advocate for Africa, announced the Fellowship opportunity to students participating in the U.S. Department of State's Charles B. Rangel International Affairs and Thomas R. Pickering Foreign Affairs Program and USAID's Donald M. Payne International Development program which are administered through the Ralph J. Bunche International Affairs Center at Howard University.

The Fellows' scholarly work will center on the Democratic Republic of Congo as a part of The Africa Society's year-long focus on that country. In addition to presenting their findings to domestic audiences including academic institutions, government entities, think tanks, and other relevant Africa-focused organizations, their papers will be shared with the United States Embassy in the DRC.

Research will focus on the following topics:

Tagged:
Copyright © 2019 Africa Society of the National Summit on Africa. All rights reserved. Distributed by AllAfrica Global Media (allAfrica.com). To contact the copyright holder directly for corrections — or for permission to republish or make other authorized use of this material, click here.