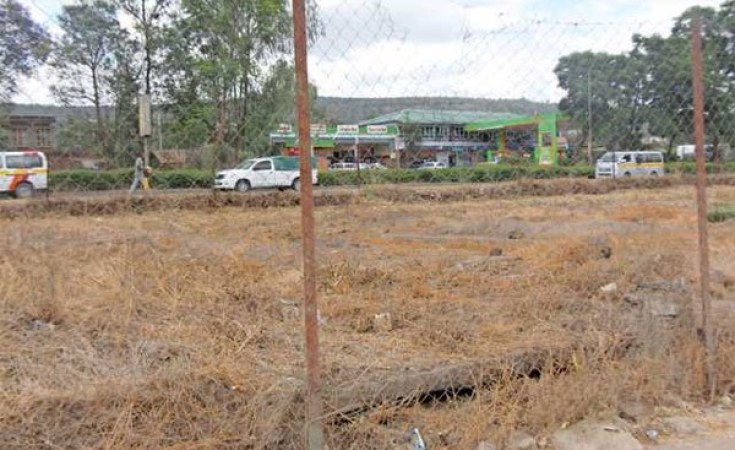 The Rift Valley Water Services Board has sought to be enjoined in a case in which the Directorate of Criminal Investigations (DCI) is investigating how 100 vehicles were bought using money meant for construction of three dams.

Meanwhile, Justice Francis Tuiyott has ordered that the vehicles be held at Casuarina Ltd's yard in Nakuru, pending the determination of the case or further orders of the court.

Barclays Bank of Kenya, which moved to court seeking to attach the vehicles over a loan advanced to CMC Di Ravenna Italy, said it will ensure that the vehicles are not disposed of.

The judge also directed the DCI to pull down tweets written over the weekend urging the public to report to him the whereabouts of nine of the vehicles.

The court heard that the drivers might be attacked as they drive the vehicles to Nakuru, where the court has directed that they be kept.

Prosecutor Alexander Muteti told the court that police in Nakuru will provide drivers with security.

Monday, the Rift Valley Water Services Board claimed, through lawyer B.O. Akang'o, that 17 of the vehicles belong to them.

The board said it contracted CMC Di Ravenna to construct a dam in the Kuresoi-Molo area in Nakuru County. It further said, in documents filed in court, that it was agreed that the Italian firm buy the vehicles in its name. The vehicles would later be returned to the board once the project was completed.

The board maintained that the vehicles do not belong to CMC Di Ravenna. But it later emerged that the firm had used the vehicles to secure a loan from Barclays Bank. The board further said that the financing, dated May 23, 2017, was made without its consent or knowledge.

For its part, Barclays said the Directorate of Public Prosecutions and the DCI had deliberately confused the Arror and Kimwarer dams with Itare dam.

The bank, through Ms Ann Mbatha, the head of business support and corporate recoveries, said CMC Di Ravenna approached them in 2017 and 2018 for various financial facilities.

The vehicles, she said, would be used in the construction of the Itare dam and the facilities included asset financing, multi-option facilities (short-term loan and overdrafts), working capital and bank guarantees. Barclays, through lawyer Kamau Karori, obtained orders freezing CMC di Ravenna's assets seeking to recover Sh585 million advanced to the contractor.

The bank said it loaned CMC di Ravenna Sh585 million for the purchase of 98 vehicles and equipment to be used in the dams project.

The DPP sought to join the case but was opposed. The DCI said that Sh160 million was paid to Toyota Kenya for 45 vehicles, ranging from Prados and Fortuners to Corollas, Hiace vans and pickup trucks. But only 17 of the vehicles were registered in the firm's name. CMC di Ravenna has since filed for insolvency in Italy. Detectives have so far traced and impounded 37 vehicles, which are at the DCI headquarters in Nairobi.

Of the detained vehicles, nine are registered to CMC di Ravenna.

"We further established that of the 28 unregistered vehicles, 18 had been taken to Mitchell Cotts' bonded warehouse along Mombasa Road, while the 10 remaining ones were taken to Siginon Freight bonded warehouse at Jomo Kenyatta International Airport. To enable the court reach a just determination in this matter, the DCI and DPP seek to be enjoined to ensure the subject matter is not destroyed or tampered with," DCI inspector Gilbert Kitalia says in court filings. The case will be heard on May 21.

Italian Firm in Dams Scandal Yet to Surrender Machinery