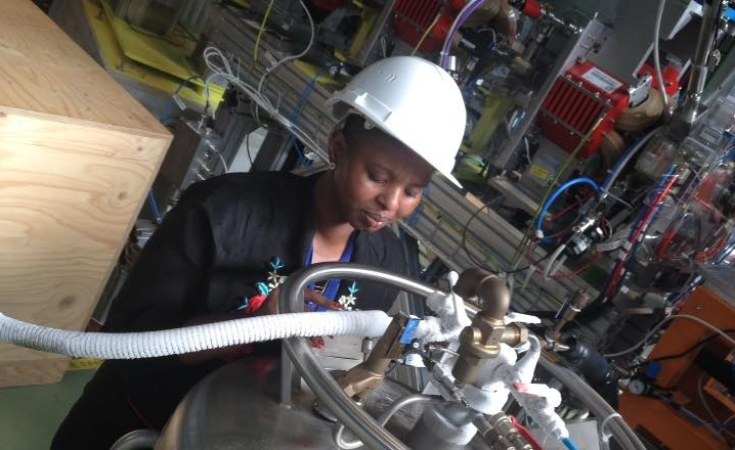 Masango's daughter, Sindisiwe, was only seven years-old when she tragically died in a car accident. After the death of her child, she moved to UWC and threw herself into her studies.

"It took some time [to settle in], but eventually I found my healing with the support of staff and friends I've met and made at UWC," she says.

Masango, 32, isn't stopping there. She aims to take it a step further and study toward a doctorate degree.

"My interest in nuclear science started when I was 11. Our geography teacher introduced us to astronauts, which he explained to us as people who travel into space," Masango said.

"I also learned that no one in Africa had ever travelled into space. This is when I fell in love with science.

"I always wanted to make history, and I wanted to be the first African to travel to space," she recalls.

"I was so hurt when Mark Shuttleworth beat me to it."

"The biggest challenge for me within this field is being a woman. No one believes in you. You have to prove yourself first, that you can do it and you belong here."

Masango has a foundation aimed at empowering women in South Africa and Africa, offering programmes for school pupils and professionals to increase the productivity and efficiency of women scientists.

She is also the founder and chairperson of Women in Science and Engineering in Africa (Wise Africa), an NGO registered with the department of Social Development, providing leadership and role models for young people wishing to enter the fields of science and technology.