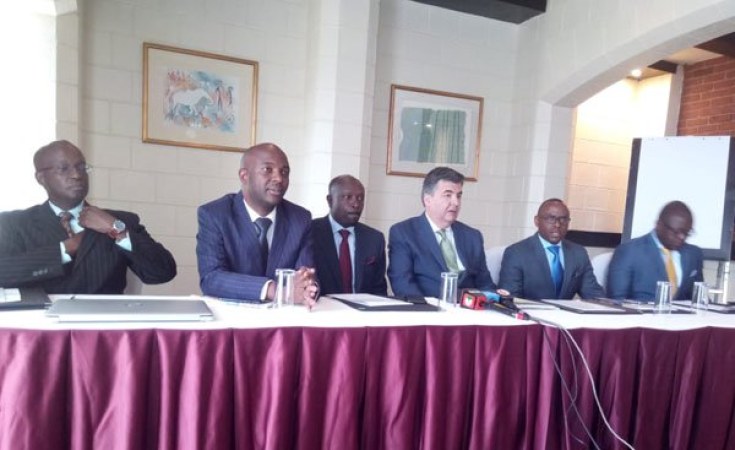 Agewa Magut/Daily Nation
The team of six lawyers who said they will file a case in the United States to sue aircraft manufacturer Boeing and Ethiopian Airlines on behalf of Kenyans who died in the ill-fated flight last month.
The Nation (Nairobi)
By Agewa Magut

A team of six lawyers on Wednesday said they will sue aircraft manufacturer Boeing and Ethiopian Airlines on behalf of eight Kenyan families whose kin died in a plane crash last month.

Speaking to journalists in Nairobi, the lawyers said they will file the case in the United States seeking compensation for the families over the March 10 plane crash.

Murang'a Senator Irungu Kang'ata, one of six lawyers, asked other affected families to join the case and "not to be afraid of taking on the big American firm Boeing."

The plane crashed near Bishoftu town six minutes after take-off from Bole International Airport in Addis Ababa, killing all 157 people on board.

Mr Carlos Velásquez, a lawyer from the United States who specialises in aviation law, wrongful death and personal injury, said that the affected families have a good case against the manufacturer in light of a similar crash of the Indonesian airlines.

He said they will be seeking compensation for the bereaved from all parties that were responsible for the accident.

Pilots Followed Correct Procedure in Ethiopian Airlines Crash
Tagged:
Copyright © 2019 The Nation. All rights reserved. Distributed by AllAfrica Global Media (allAfrica.com). To contact the copyright holder directly for corrections — or for permission to republish or make other authorized use of this material, click here.