Kenyatta Walks a Tight Rope in State of the Nation Address 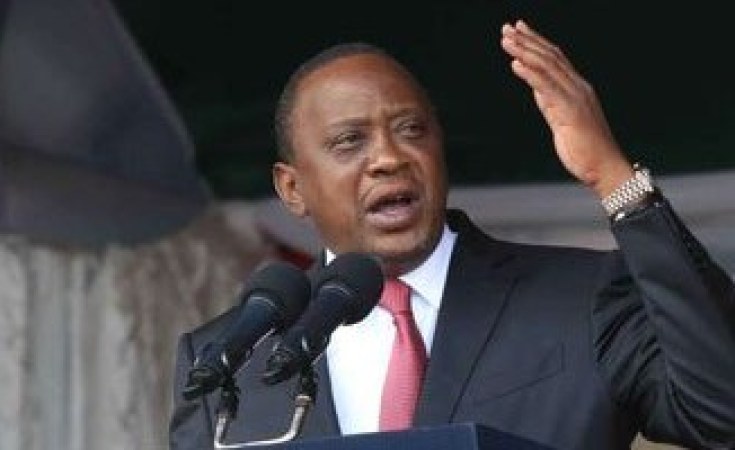 President Uhuru Kenyatta has a tough balancing act: A fractious party, a restless deputy, an expectant populace, a government tainted by corruption, a legacy dependant on his Big Four Agenda and a unity pledge all come to bear on him as he makes his second State of the Nation address of his second and final term in office.

The address, a constitutional requirement, comes at a time when the country is facing major challenges -- from corruption, food shortages and unemployment to a ballooning national debt and an impending political showdown.

Reports of a number of Cabinet ministers being questioned over projects in which Kenya has paid billions of shillings for with little to show on the ground have raised expectations that the Head of State could use the occasion to demonstrate his resolve to fight corruption.

While the President's corruption purge is gaining momentum, it is not lost on Kenyans that some of the 170 people on a list of suspects released during his 2015 address were never prosecuted.

A number of them made their way back to government.

"Despite the President talking tough against corruption, no serious action has been taken," Nairobi political analyst and lawyer J.M. Waiganjo told the Nation.

But changes at the Directorate of Criminal Investigation, Office of the Director of Public Prosecution and Ethics and Anti-Corruption Commission have given the graft purge momentum.

The Nation has learnt that the President is expected to set the stage for a flurry of resignations and possible prosecutions of senior government officers.

The address comes as Kenya is experiencing a debilitating drought, resulting in a serious shortage of food in some parts of the country.

Food security is on President Kenyatta's Big Four Agenda, but a key project that was to contribute to the country's food granary has collapsed after swallowing up billions of shillings.

The ambitious Galana-Kulalu irrigation project unveiled in 2014 was to ensure high yields of maize and see the country stop relying on rain-fed agriculture.

Projections are that the food situation will worsen owing to erratic weather and the resultant poor harvests.

The country is still importing maize, and the National Cereals and Produce Board has been hit by a Sh1.9 billion scandal.

Cohesion and national unity have featured in the President's previous addresses and a similar situation might play out on Thursday.

The famous March 2018 handshake with Opposition leader Raila Odinga has created a sense of calm on the political stage.

The Head of State's unity efforts got a boost on Tuesday when key opposition leaders, including Mr Odinga, former vice president Kalonzo Musyoka, ANC leader Musalia Mudavadi and Ford-Kenya leader Moses Wetang'ula spearheaded the launch of the Huduma Namba programme in various parts of the country.

Notably, however, Deputy President William Ruto, who was expected to lead the exercise in Kakamega, gave it a wide berth.

A widening rift between President Kenyatta's supporters and those of Mr Ruto is putting the country's politics on a high-octane footing.

The war of words between the two camps over the President's relationship with Mr Odinga and war on graft threatens to tear the country apart.

Mr Ruto's allies have also poured cold water on the Building Bridges Initiative through which the President hopes to unite the country and ensure good governance, saying it is meant to scuttle the DP's effort to ascend to the presidency.

Another pain point for Kenya is unemployment, which has pushed the youth to seek alternative, sometimes unethical moneymaking ventures, including full-time gambling.

This remains to be seen, even as the country churns out 1.5 million youth into the job market every year.

The President has been at pains to reassure the nation that government borrowing is not going out of hand.

Another Eurobond loan is in the offing and the proceeds are to be used to pay other debts.

Leaders and analysts have in the past fingered the unfettered appetite for loans as a worrisome trend.

Despite overseeing the implementation of devolution, he has to explain efforts to curb wastage and spending in both levels of government. Previous initiatives have not gone down well.

Time is further running out for the President to sign the supplementary budget for government businesses to run smoothly as its e-procurement closes on May 31.

The President, who is pressed for time, has less than four years, will outline efforts made to ensure success of the Big Four Agenda.

The country is going to a census and a possible plebiscite. How the President will prioritise these two will be key in determining the political calendar.

There is also the devolution debate where the State has been accused of deliberately attempting to draw back the constitutional gains through delayed funding to the counties.

Also, efforts to curb the ballooning public wage bill have barely made headway.

The wage bill stands at Sh733 billion per year, according to the Salaries and Remuneration Commission, accounting for almost 53 per cent of ordinary revenue, coupled with the growing public debt and pension liability.

This has been worsened by the clamour for higher pay by militant civil servants, teachers, lecturers and nurses that is threatening to scuttle the Treasury's financial plans as it stares at an extra Sh18 billion in spending.

Compounded by a dismal performance in revenue mobilisation and a surge in the proportion of first-charge expenditure like payment of debts and pensions, the Treasury now finds itself in a delicate position.

In the Budget Policy State of 2019, the Treasury admits that "additional risks could emanate from public expenditure pressures -- especially recurrent expenditures". The main component is payment of wages and allowances.

In the Financial Year 2017/18, the government spent Sh377.7 billion on salaries and allowances, with almost 60 per cent of the money, Sh216.5 billion, going to teachers, according to a report by the Controller of Budget.

On security, the President is expected to outline measures his administration is undertaking on anti-terror activities, especially after the DusitD2 hotel attack in January that left 21 Kenyans dead.

Instructively, the well-coordinated multiagency approach to matters of terrorism have ensured public safety and security, with fewer attacks occurring and a sharp reduction in the number of fatalities, injuries and attempts by terrorist entities.

What Kenyans Thought of Kenyatta's State of the Nation Address
Tagged:
Copyright © 2019 The Nation. All rights reserved. Distributed by AllAfrica Global Media (allAfrica.com). To contact the copyright holder directly for corrections — or for permission to republish or make other authorized use of this material, click here.