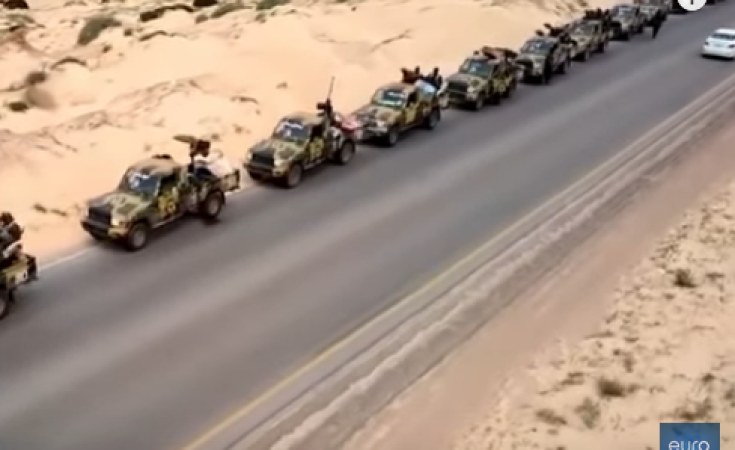 Libyan army commander Khalifa Haftar has ordered his eastern military forces to advance on Tripoli, the capital of the UN-backed government, Aljazeera reports.

The move has sparked fears of a major showdown with rival militias.

Haftar, who commands the Libya National Army (LNA) from its eastern base of Benghazi, earlier took over the town of Gharyan, a town 100km south of Tripoli, signifying an escalation in the years-long power struggle in Libya, Aljazeera says.

In an audio recording posted on the LNA's media office Facebook page, Haftar described his forces' move as a "victorious march" to "shake the lands under the feet of the unjust bunch."

The Libya Observer reports that the military media office of LNA announced that forces have started advancing on western Libyan cities and districts in order to "purge the remaining terrorist groups in the region."

The media office published a video on Wednesday showing a convoy of armoured vehicles and pickup trucks mounted with heavy guns on a road, which appeared to be on Benghazi's coastline.

Airstrike Closes Tripoli Airport as Battle for Capital Rages
Tagged:
Copyright © 2019 allAfrica.com. All rights reserved. Distributed by AllAfrica Global Media (allAfrica.com). To contact the copyright holder directly for corrections — or for permission to republish or make other authorized use of this material, click here.