Zimbabwe: ED - Cyclone Victims' Remains to Be Exhumed and Repatriated From Mozambique 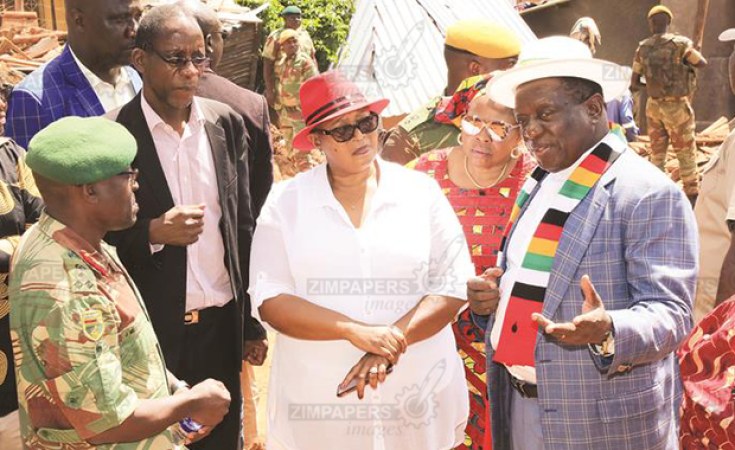 Chimanimani — The death toll from Cyclone Idai last month has risen to 339 with at least 158 dead victims, who were washed into neighbouring Mozambique by furious floods, being buried in the neighbouring country.

This was revealed by President Emmerson Mnangagwa during a Thursday tour of the area to assess the impact of the deadly weather phenomenon.

"The bodies were identified and the Mozambicans took pictures of each deceased and buried them in single graves. The pictures will help us to identify the bodies and reduce the numbers of people on the missing persons' lists.

"We cannot account for everybody but our wish is to accord every deceased a decent burial," he said.

The President said government will also help in the exhumation of the deceased bodies in Mozambique for decent burial back home.

"In a cases where relatives want to repatriate the remains of their loved ones to be buried home, government will assist in that regard," he said.

Mnangagwa also said the death toll has risen to 339 following the discovery of a body of a toddler which was discovered in Machongwe area in Manicaland.

He also said government was working on plans to relocate the survivors to safer places where stronger houses will be constructed.

Hundreds Still Missing in Zimbabwe After Cyclone Idai
Tagged:
Copyright © 2019 New Zimbabwe. All rights reserved. Distributed by AllAfrica Global Media (allAfrica.com). To contact the copyright holder directly for corrections — or for permission to republish or make other authorized use of this material, click here.