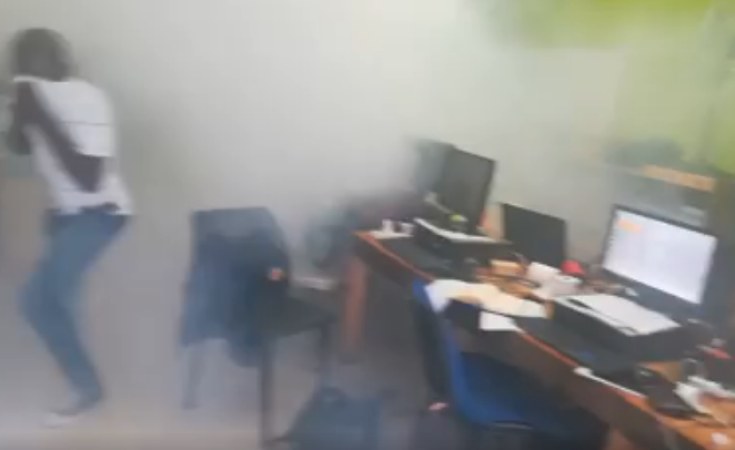 263Chat
Police fired tear gas canisters inside the cubic office and locked the door from outside leaving 16 people to suffocate inside.
New Zimbabwe (London)

Amnesty International Thursday slammed the police invasion of 263Chat's newsroom in central Harare where they besieged over a dozen journalists working for the online newspaper and discharged a tear smoke canister inside the building.

Journalist Lovejoy Mtongwiza was injured after the tear smoke canister fired in his direction hurt him in the stomach.

Police had chased the scribe right into the newsroom after they got offended with him filming them during their skirmishes with illegal vendors in central Harare.

In a statement Thursday, Amnesty International's Deputy Regional Director for Southern Africa, Muleya Mwananyanda described the incident as a demonstration of the State's determination to muzzle the press.

"Today's attack on the 263 Chat offices was designed to send a chilling message to journalists and shows the lengths the Zimbabwean police are prepared to go to muzzle media freedom," said Muleya Mwananyanda.

"The authorities must end the attack on the media and launch a prompt, thorough and effective investigation into this attack and ensure that all suspected perpetrators are identified and brought to justice."

A lot of journalists have been targets of continued attacks by police during endless running battles between the law enforcement agents and vendors.