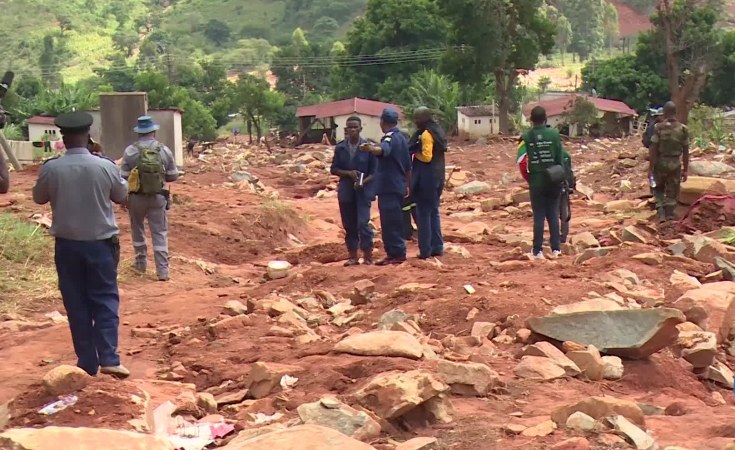 Columbus Mavhunga/VOA
South African police sniffer dogs have been sent to parts of Zimbabwe hit by Cyclone Idai to help look for those who are missing and presumed dead.
New Zimbabwe (London)

The United States government has availed an additional US$2.5 million emergency relief to cater for the needs of survivors of the recent Cyclone Idai which killed over 300 people mostly in Manicaland.

The contribution was made through the US Agency for International Development (USAID) Office of Food for Peace.

It will be channelled towards immediate food needs in the most affected areas of Manicaland Province.

USAID will work through the World Food Program (WFP) to provide immediate food assistance to approximately 133 000 individuals affected by the cyclone in Chimanimani and Chipinge districts.

The contribution includes more than 2 000 metric tonnes of US in-kind sorghum, vegetable oil, and fortified cereals that were prepositioned from USAID's warehouse in Durban, South Africa.

"The United States stands with the people of Zimbabwe during this devastating time," US ambassador to Zimbabwe Brian Nichols said.

"The humanitarian assistance from USAID will save lives and alleviate suffering as people rebuild following the tragedy of Cyclone Idai."

The US has provided nearly US$10 million in humanitarian assistance to Cyclone survivors in Mozambique, Zimbabwe and Malawi. The three neighbours were affected by the hostile weather phenomenon.

This includes $US100 000 for GOAL Zimbabwe to support water, sanitation, hygiene, and shelter needs for 36 400 individuals in Manicaland.

"This timely contribution from USAID is key in meeting the immediate food needs of the people who are still battling to recover from the catastrophic impact of Cyclone Idai, and support early recovery efforts as they start to rebuild their lives," WFP Country Director Eddie Rowe said.

In Zimbabwe, Cyclone Idai caused more than 300 deaths, according to President Emmerson Mnangagwa on Thursday, while an estimated 270 000 people are in need of forms of assistance.

The US government is working in partnership with other donor governments, UN agencies, non-governmental organisations, local relief groups and others to provide timely emergency relief to those impacted by the cyclone.