South Sudan: Note to Humanitarians - Strengthen the Group, Not Just the Individual 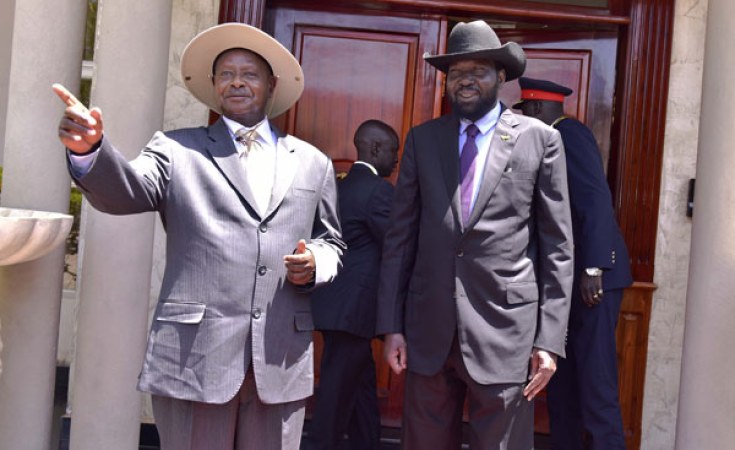 South Sudan's five-year civil war has killed 400,000 people and displaced more than four million others, creating the largest refugee crisis in Africa. About half the population of 12 million face severe hunger. But despite continued clashes, a peace deal between warring parties to form a transitional government later this year is cause for optimism.

If the humanitarian community is to contribute to the healing and reconciliation the world's youngest nation so urgently needs, it must recognise the social connections that exist within South Sudanese society and strengthen them to underpin any recovery.

Social connections are an economic safety net in South Sudan; people's family and non-kin relationships are their primary 'go to' in normal times as well as during times of distress. This local social protection predates the current crisis and has been in place well before the arrival of external humanitarian aid.

Humanitarian programmes are primarily in the economic sphere - whether in the provision of food, cash to meet basic needs, or support for livelihoods or income generation. New research from Mercy Corps and Tufts University's Feinstein International Centre explores how these interventions impact these underlying social connections, both positively and negatively.

While the informal connections and services may not be very visible, aid actors should seek them out. They could include the sharing of food or aid for social capital, as well as the redistribution of wealth amongst more vulnerable community members in what are known as "famine courts".

These informal connections may also have adapted to the changing context; for example with the move to more of a cash-based economy, people's 'wealth' may be less visible than before.

Men and women in Panyijar, in southern Liech state, explained that they belonged to various informal support groups, which earn their income from fishing, herding cattle, collecting firewood, and other activities.

Their interviews revealed that households rely on each other for food, shelter, and work and many share humanitarian aid with others to reinforce or build new connections - just as they would share crops they raise or fish they've caught back home.

In Panyijar, which hosts tens of thousands who fled some of the most intense fighting of the civil war, the social safety net is exemplified by cattle herders. Here, cows, not cash, are king, and cattle-keeping is a centuries-old tradition. Cattle farmers long ago formed their own groups organically, mobilising for protection, to share information on grazing and watering their herds and to offer financial support, including loans and goods on credit.

"We share whatever we have. You do not eat alone in our group," explained Gatkouth, 56, a leader of a group of cattle herders (called a Kwar Wich) for more than three decades in Nyal Payam, near the White Nile River.

During an interview, he described how the cows of one member of the group were not lactating, severely reducing the herder's food supply. "We cannot let him leave the group because he doesn't have lactating cows," he said. "Instead, we eat with him and wait until his cows produce calves and he is able to get enough milk."

Another risk the group faces are raids by cattle thieves. "Before the crisis, I could have gone to the local authorities to seek help because my cattle were raided, but now there is no system in place at all," Gatkouth said.

Instead, the group supports community members who are victims of theft by contributing their own cows to his herd.

These kinds of connections are inherently broad in scope, going well beyond market activity and trade to touch on rites of passage, gender and youth dynamics, and other facets of life.

Social connections are essential in both the crisis and the recovery period in South Sudan, and the lessons we are learning will be crucial as humanitarians consider longer-term recovery issues, such as market-oriented private-sector investment.

What this means in the practical sense for humanitarians is that aid needs to be based on the context, rather than where it is from.

South Sudan is a collective society, but currently the way much aid is delivered mirrors how Western donors think and is often modelled on their own societies. Organisations tend to work with individuals or households, but in the South Sudan context, everything is communal. Aid actors need to shift our Western notions of individual and household vulnerability to consider our response from a collective perspective.

Donors too have an important role to play. They should provide aid actors with the flexibility to determine when and how to pivot from short-term emergency assistance to livelihoods support, as ending emergency relief before households are equipped to pursue sustainable livelihoods can undermine these local support systems.

Before the conflict, in Nyal Payam, cattle herders moved freely, interacting beyond their clans, but now sometimes there is fighting, Gatkouth said. It is up to him to keep the peace.

"If you violate any rules, I call you and others involved for a meeting. My members and I look into the case and resolve it," he said. "I do not allow arguments in my cattle camps that might lead to fighting either between my group members or with other groups of different Kwar Wich."

Gatkouth's guidance will continue to play a pivotal role in helping his community build peace, as will his relationships of trust and social connections.

How we, as the humanitarian community, honour and maintain such vital relationships of trust will be crucial to building peace and stability and helping South Sudan recover.

Pope to South Sudan - Seek What Unites, Overcome What Divides
Tagged:
Copyright © 2019 The New Humanitarian. All rights reserved. Distributed by AllAfrica Global Media (allAfrica.com). To contact the copyright holder directly for corrections — or for permission to republish or make other authorized use of this material, click here.