Africa: Politics of Demonisation - World Has Failed to Draw Lessons From Rwanda - AI 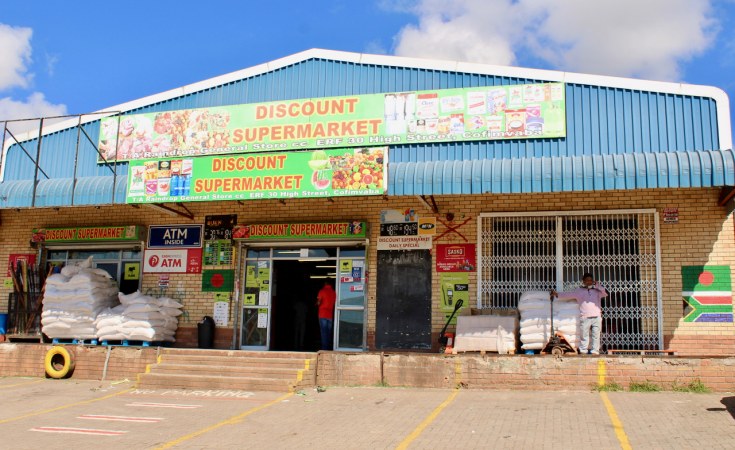 Yamkela Ntshongwana/GroundUp
Discount supermarket business owner Ratan Mohammed said: “It was clear to me that by closing our shops, this was their way to make sure we pay the money.”
New Zimbabwe (London)
By Anna Chibamu

Politicians across the world have failed to draw lessons from the Rwanda genocide that claimed nearly a million people, global rights watchdog, Amnesty International (AI) has said.

In a statement issued Sunday, as Rwanda commemorated the 25th anniversary of the genocide, (AI) said it is a shame that past atrocities have not been used as lessons by global leaders.

"The rise of politics of demonisation continues to seriously erode human rights. Politicians seeking to win votes at any cost have cynically and systematically tried to scapegoat certain people based on parts of their identity that include religion, race, ethnicity or sexuality often in an effort to distract from failure of governments to deliver on basic human rights provisions that would ensure economic and social security," said AI secretary general, South African Kumi Naidoo.

South African President Cyril Ramaphosa, was slammed recently after telling an ANC campaign rally that his government would "hunt down foreigners invading our towns and villages setting up businesses without papers."

His comments were seen as fanning xenophobia, amid growing disquiet among South Africans and foreigners in the region's biggest economy escaping political and economic turmoil in their countries including Zimbabwe.

Zimbabwe's elections have also consistently been marred by violence including during intra-party elective processes.

The opposition MDC's ongoing congress preparations have also been rocked by reports of violence and intimidation including an incident in which an activist was run-over by a car allegedly belonging to an MP.

Naidoo said oftentimes the "conscience of world leaders is too often pricked only in the aftermath of massive atrocities".

In 2008, then President Robert Mugabe after losing the first round of elections forced through a bloody run-off from which the late opposition leader Morgan Tsvangirai pulled out citing systematic State sponsored violence. At least 300 activists were killed in the violence.

Mugabe also used State apparatus in the early years of independence in which the military reportedly killed some 20 000 civilians in the western parts of the country under the guise of hunting down a handful of dissidents.

The former Zanu PF leader was to later describe the genocide commonly known as Gukurahundindi, as a "moment of madness" and refused to apologise until his removal from power.

Added Naidoo: "This has resulted in prominent world leaders pushing dangerously 'us vs them' narratives, instilling fear and repression where there should be unity and respect for human rights."

Zimbabwe has also witnessed two bloody incidents in the aftermath of the elections last year. Six people were gunned down on August 1st after protests broke out over delays in announcing presidential election results. In January this year, government again unleashed the military killing 17 protestors demanding the reversal of a 150% fuel price hike.

In both instances government has pointed the blame on the opposition and civil society. Last year in a bid to placate the international community Mnangagwa set-up a commission of inquiry headed by former South African President Kgalema Motlanthe but its recommendations have yet to be implemented.

Who Will Be Held Responsible for Xenophobia in South Africa?
Tagged:
Copyright © 2019 New Zimbabwe. All rights reserved. Distributed by AllAfrica Global Media (allAfrica.com). To contact the copyright holder directly for corrections — or for permission to republish or make other authorized use of this material, click here.