Tanzania: What Next As Tanzanian MPs Refuse to Work With CAG? 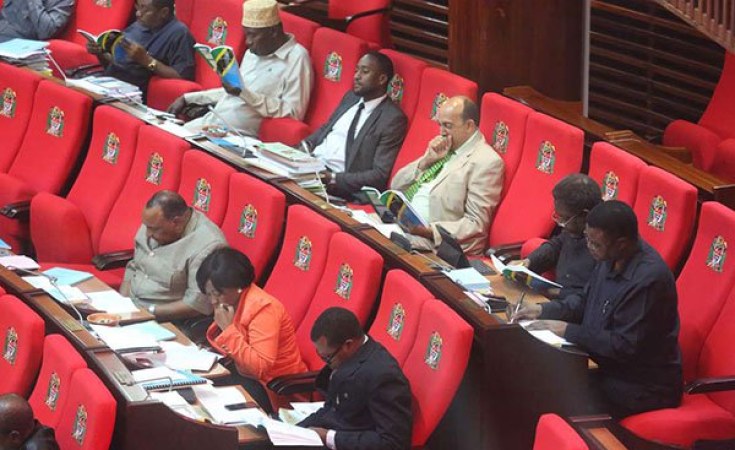 Edwin Mjwahuzi/ Daily Nation
This week, the House passed a resolution not to co-operate with the Controller and Auditor General.
The East African (Nairobi)
By Bob Karashani

Tanzania's Controller and Auditor General, Prof Mussa Assad, has had a complicated relationship with the National Assembly.

Such has been the bad blood between him and the House that MPs this past week refused to work with him, leaving the fate of the latest annual audit report on government expenditure hanging in the balance.

MPs based their action on what they deemed disparaging remarks he made about them.

In a radio interview while on a working trip to the US last December, Prof Assad described the Tanzanian parliament as "too weak" to hold the government accountable for frequent expenditure discrepancies exposed in past CAG annual audit reports.

He was summoned before a parliamentary sub-committee in January to explain the remarks and the committee concluded that his apology was not sufficient and subsequently recommended his ostracising by the entire parliament.

On Tuesday April 2, the House through a parliamentary resolution, refused to work with Prof Assad any more.

The timing of the decision has raised eyebrows, coming days after the CAG formally delivered his report to President John Magufuli at State House Dar es Salaam, but before the president forwarded it to parliament for discussion as required by the Constitution.

The report--detailing the accounts and financial statements of all government departments and donor-funded state projects--covers the 2017/18 financial year, and was scheduled to be tabled in parliament this week in accordance with the Constitution.

The April 2 parliamentary resolution, as it stands, negates the CAG's basic constitutional mandate, which includes monitoring financial discipline within the government, including the National Assembly itself, by way of publishing an annual report and having it discussed by MPs.

According to Article 143 of the Constitution, the CAG is to submit the report to the president by March 31 every year, and the head of state should then deliver it to parliament within the first seven days of its next sitting.

Once he does so, the report becomes a public document and the CAG has a constitutional mandate to release it to the public even if parliament doesn't table it for discussion.

The Constitution, however, is silent on what happens if the report is not submitted to parliament on time or at all.

The latest parliamentary session formally began on Monday, but by Friday, there was still no word on when the report would be delivered.

In light of this, a constitutional crisis could be in the offing, as this is the first time that the auditor's powers have ever been challenged in such a manner.

According to Prof Assad, the thin line between the CAG as a person and the duties of the office may point to a possible constitutional crisis if the impasse is not resolved soon.

"This is a very serious matter that needs mature analysis. The implications of such a decision as that made by parliament mean it could easily become a bigger problem instead of offering any solutions," Prof Assad said.

National Assembly Speaker Job Ndugai on Thursday sought to downplay the ramifications of this boycott.

Previous Story
Next Story
All Eyes On Ndugai, Bunge

All Eyes On Ndugai, Bunge

Search for Missing Millions Raises Questions in Tanzania
Tagged:
Copyright © 2019 The East African. All rights reserved. Distributed by AllAfrica Global Media (allAfrica.com). To contact the copyright holder directly for corrections — or for permission to republish or make other authorized use of this material, click here.