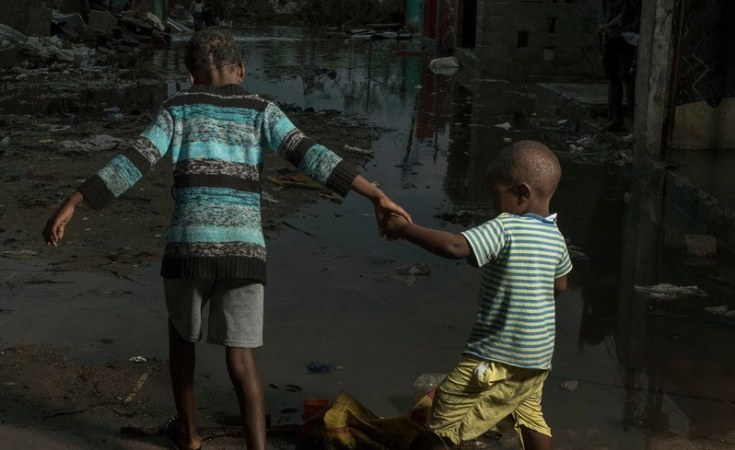 Josh Estey/CARE
Praia Nova Village was one of the most affected neighborhoods in Beira.
Agencia de Informacao de Mocambique (Maputo)

Maputo — The Mozambican police have arrested four people in Beira and the nearby town of Dondo, in the central province of Sofala, accused of stealing food intended for victims of cyclone Idai and the ensuing floods.

According to Joaquim Tomo, spokesperson for the Sofala provincial attorney's office, three of the suspects were detained in the densely populated Beira neighbourhood of Manga, and the remaining two in Dondo.

Tomo said the arrests were due to tip-offs that the authorities have received. "We are being supported by many people", he told reporters. "The Public Prosecutor's Office is concerned at the theft of donations, which we began to hear about first on social media".

Those stories had now been confirmed by the arrests in Beira and Dondo. He urged people who knew anything about other thefts of emergency aid to come forward. "It doesn't matter who it is", he said, "we're asking people not to be afraid, and to denounce any kind of theft of donations". A free phone line was available for such whistle-blowing.

However, the country's relief agency, the National Disaster Management Institute (INGC) has insisted that its staff have nothing to do with any thefts.

The INGC General Director, Augusta Maita, told reporters that her institution "distances itself completely from the theft of aid. Our mission rests on assisting people".

She said she was aware of accusations of theft, and such concerns "are legitimate, in terms of transparency".

She claimed that nobody had yet been charged with theft (thus contradicting Tomo). The police investigations, she added, concerned the involvement in theft of volunteers, and not INGC staff members.

Maita too urged anyone with information to come forward. Reaction would be immediate, she promised. The INGC would be willing to provide all necessary data for the institutions of justice, she added.

Maita said the INGC has security systems in the distribution of aid. As an example of internal control, she pointed to the publication last week, over five pages of "Noticias", of a list of all aid received, including donations from Mozambican bodies and from abroad.

Cyclone-Ravaged Mozambique Threatened by New Tropical Storm
Tagged:
Copyright © 2019 Agencia de Informacao de Mocambique. All rights reserved. Distributed by AllAfrica Global Media (allAfrica.com). To contact the copyright holder directly for corrections — or for permission to republish or make other authorized use of this material, click here.