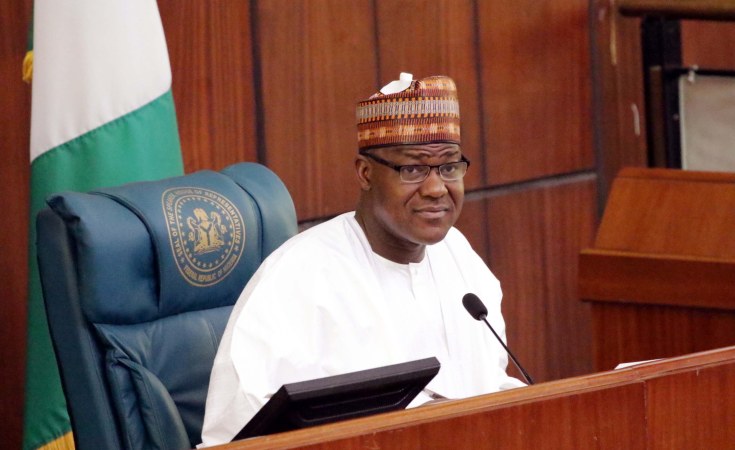 He said that members of the National Assembly have always resisted the imposition of leaders on them by the executive arm of government and their political parties.

Dogara stated this yesterday in Abuja at the ongoing orientation programme for members of the 9th National Assembly, which he chaired.

In an interaction with journalists, Dogara said: "I will advise members to actually look out for those who have thrown themselves into the race to see who will aggregate their aspirations better and then will be able to surpass the record of this Assembly,"

To the political parties, he said: "Well, I am not here to dictate to them, the parties have their manifestoes, the way to do their businesses but one thing I have said and if you followed the business during this induction, it is always better to allow the leadership to emerge from the people.

"So, whoever a party is sponsoring and supporting, they should make sure they have the backing of the legislature so that they (legislators) accept it because they own the process and the leadership.

During the session, Dogara said that the Nigerian president is the most powerful in the world because the legislature and judiciary are not up and doing.

He regretted that Section 143 of the 1999 Constitution (as amended) makes it impossible for the parliament to impeach the president or the vice president.

According to him, "efforts to amend the section some time ago, to make the procedure for the impeachment of the president and the vice president less stringent, failed.

"The point was made long ago, even before 2015 when the current president was elected. It has always been said that Nigeria's president is most powerful in the world. It is because of the fact that we as parliamentarians and even the judiciary have been unable to stand up to our responsibilities.

"But the point is that we are trying to strengthen democracy to ensure the checks on account of removing the president or vice president for violation of the constitution is made more probable.

Lawan Moves Closer to Senate Presidency As Goje Bows Out
Tagged:
Copyright © 2019 Leadership. All rights reserved. Distributed by AllAfrica Global Media (allAfrica.com). To contact the copyright holder directly for corrections — or for permission to republish or make other authorized use of this material, click here.