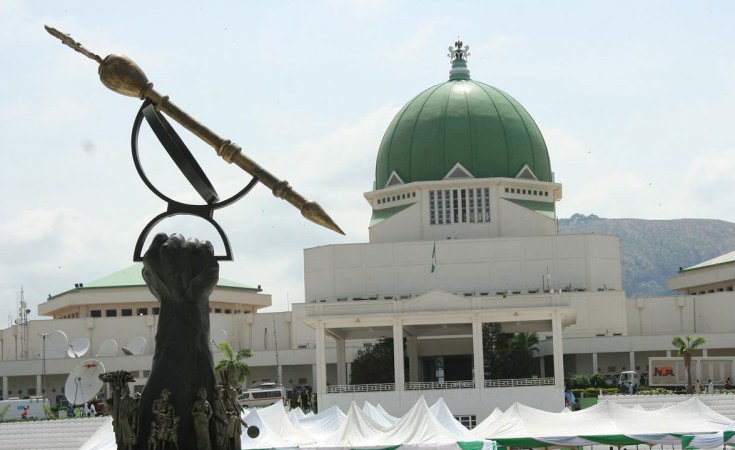 As aspirants for the speakership of the Ninth House of Representatives await the decision of the National Working Committee, NWC, of the ruling All Progressives Congress, APC, on the zoning of the principal offices, the North-Central geo-political zone is insisting on producing the next speaker.

Leaders of the zone are kicking against on-going moves to zone the speakership to the South-West, arguing that based on performance at the polls, the North-Central deserves to produce the speaker, especially since the zone has never produced speaker or deputy speaker since 1999.

Besides, they said North-West has the president; South-West, vice president and the Senate President has been zoned to the North-East, querying "when will North-central receive attention in the Green Chamber after 20 years?"

Although the leaders ignored the fact that the North-Central has had a good presence in the National Assembly more than any other zone by producing the Senate President for 12 years, some House of Representatives members-elect from Benue and Plateau states, are insisting that it is the turn of the zone to produce the speaker.

Indeed, a number of APC members-elect from the North-Central have joined the speakership race. They include Hon. Mohammed Umar Bago (Niger), and John Dyegh (Benue).

It's our turn to produce speaker --Benue, Plateau members-elect

Some members-elect from Benue and Plateau states, weekend, threw their weight behind the aspiration of John Dyegh, arguing that it is the turn of North-Central to produce the speaker for balance, justice and equality.

Dyegh, who represents Gboko/Tarka federal constituency is the only APC member-elect from Benue.

Until last week Friday, Dyegh was the Director General of the Idris Wase Campaign Organization.

The members-elect who revealed this at the weekend when they were hosted to a welcome party by Dyegh at his residence in Abuja argued that since the position of Senate President has been taken to the North-East, the North-Central, which gave the third highest number of votes in the presidential election should be compensated with the speaker.

According to the lawmakers the ruling party must take into consideration the diverse ethnic, religious and geopolitical colouration of the country and balance it for equity, fairness and justice"

The Reps who spoke one after the other said Dyegh, being the only ranking member-elect on the platform of the APC from Benue and the only Christian among the contestants from North-Central should be given the nod for 'religious balance and unity.'

Rep Francis Agbo (PDP, Benue), member-elect for Ado/Ogbadigbo/Okpokwu federal constituency, while supporting Dyegh said "I believe strongly that any configuration that did not take the consideration of north central is dead on arrival. I believe north central should have a speaker and a Benue son should be speaker because of our contributions"

Also, Rep Richard Gbande (PDP, Benue) representing Katsina Ala/Ukum. Logo federal constituency stated that "Dyegh is competent by every standard" adding that "he has prepared himself educationally, mentally and experience wise to fit into the office of speaker"

Rep Bob Tyough (PDP, Benue) representing Kwande/Ushongo federal constituency said "we cannot have the president, senate president, Chief justice of the Federation, speaker and deputy speaker of the House and all service chiefs as Muslims. We need to be fair to every faith and group in this country."

Rep Solomon Maren, from Plateau, said "if the North-Central loses number three (Senate president), we should not lose number four. We voted for this president and he must not forsake our contributions to his victory"

To member representing Jos South/Jos East, Rep. Dachung Musa Bagos, "the contributions of North-Central should not be downplayed."

Rep Kpam Jimin Sokpo, representing Buruku federal constituency of Benue, said: "The era where those who work were denied their right has passed. North-Central is deserving of the speaker and no one should nurse the idea of taking the speakership from us. We are saying give to North-Central and we will support Dyegh because he is eminently qualified and fit to hold the office."

I have the required experience to deliver -- Dyegh

Dyegh who has been re-elected for the third time told the members-elect that he decided to join the race because he was competent and has the required experience and know-how to lead the House and team up with the executive to take the nation to the next level.

He said his ambition was not for pecuniary considerations but to foster unity, equity and fairness amongst the geopolitical zones that made up Nigeria"

He said: "North-Central is the hub of the Nigerian nation and has always played a stabilising role whenever there is tension in the land. For fairness and justice, we deserve to be given the position of speaker. Look at the number of votes we gave the president; we are number three and the first two have been adequately compensated: that is North-West and North-East. South-West came fourth but they have the vice president. Therefore, the speaker should be ours."

Meanwhile, National Publicity Secretary of the APC, Malam Lanre Issa-Onilu has dismissed as false reports that the party had settled for Mr Femi Gbajabiamila as the Speaker of the incoming 9th Assembly, saying the party has not taken a final position on the matter.

"We have not come out as a party to say it (that we have adopted Gbajabiamila) and it is not in anyone's position to go and announce that", he said.

A newspaper had Monday quoted an aide of the APC National Chairman, Comrade Adams Oshiomhole as saying that the party has adopted Mr Gbajabiamila as its preferred candidate for the Office of Speaker of the incoming House of Representatives.

Lawan Moves Closer to Senate Presidency As Goje Bows Out
Tagged:
Copyright © 2019 Vanguard. All rights reserved. Distributed by AllAfrica Global Media (allAfrica.com). To contact the copyright holder directly for corrections — or for permission to republish or make other authorized use of this material, click here.